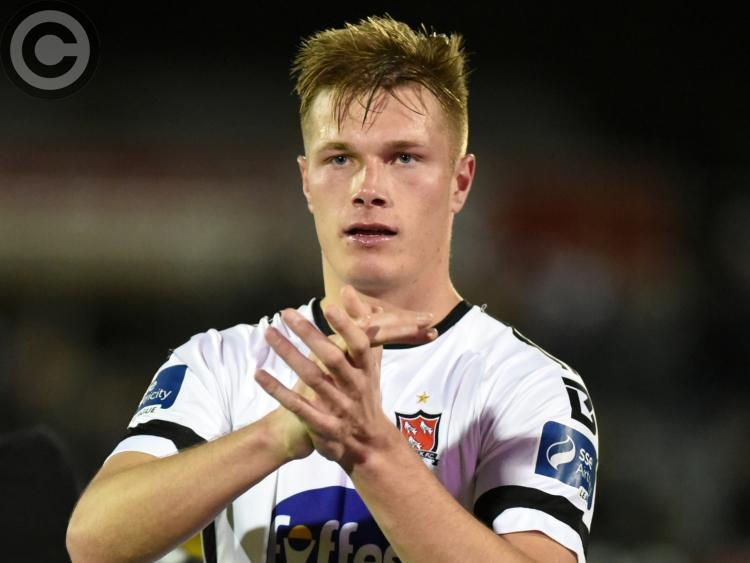 Dundalk FC's man mountain at the back, Daniel Cleary, says scoring against Shamrock Rovers last night was the best feeling he's ever had.

The towering defender leapt highest to head Robbie Benson's teasing delivery to the corner of the net in giving the Lilywhites the head for the first time as they progressed to win 5-2.

Cleary's first goal in senior football, he admits that it makes up somewhat for his miss at that end of Tallaght Stadium - when on debut - in February.

"I should’ve scored here in my very first game. Twenty games later, I’ll take that, it was the best feeling I’ve ever had," Cleary told The Dundalk Democrat post-match.

"It makes it that little bit sweeter (to have scored vs. Rovers) and makes the goal probably 10 times better."

The 22-year-old spent a chunk of pre-season at Rovers, before Dundalk snapped him up just prior to the season starting, and when he scored he immediately rushed towards the Hoops manager, Stephen Bradley, cupping his ear.

Asked what the meaning behind his celebration was, he said: "Things happen, but I’m just happy to have scored for Dundalk, it’s my first professional goal."

Looking ahead, the Dubliner was unequivocal, the league leaders are determined to stay there.

"We’re not looking to drop points anywhere, we’re going to keep winning every week. I’ve no doubt in that."