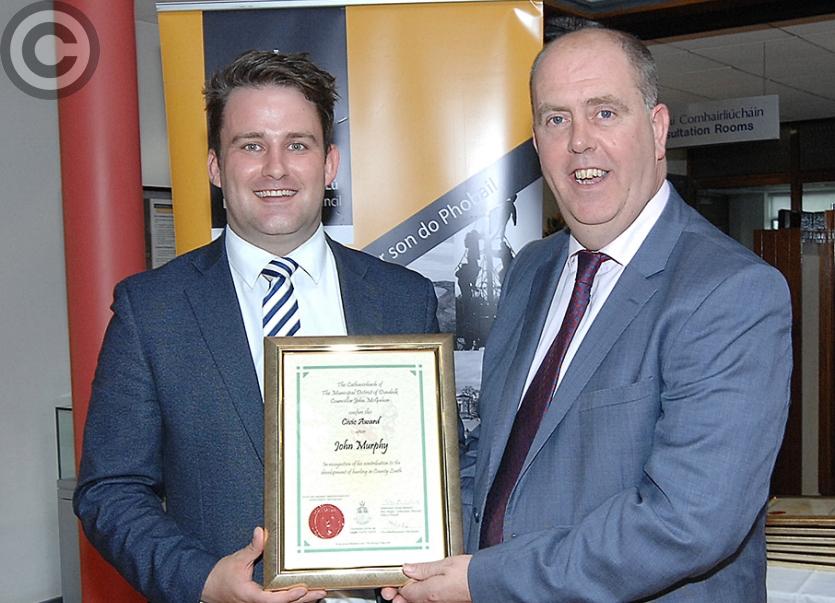 The Murphy family - Tim, Maurice, John and Josephine (Maguire) - were honoured for their services to hurling at the second annual Dundalk Civic Awards at County Hall recently.

Staunch supporters of Naomh Moninne, the siblings, whose father, Maurice snr., played a huge role in the maintenance and development of the club from the late 1960s, are at the core of the county’s longest-serving hurling club on a daily basis.

“It’s safe to say that without the Murphys it would be hard to see Naomh Moninne having become the club that it is,” chairman Ger Collins told The Dundalk Democrat. 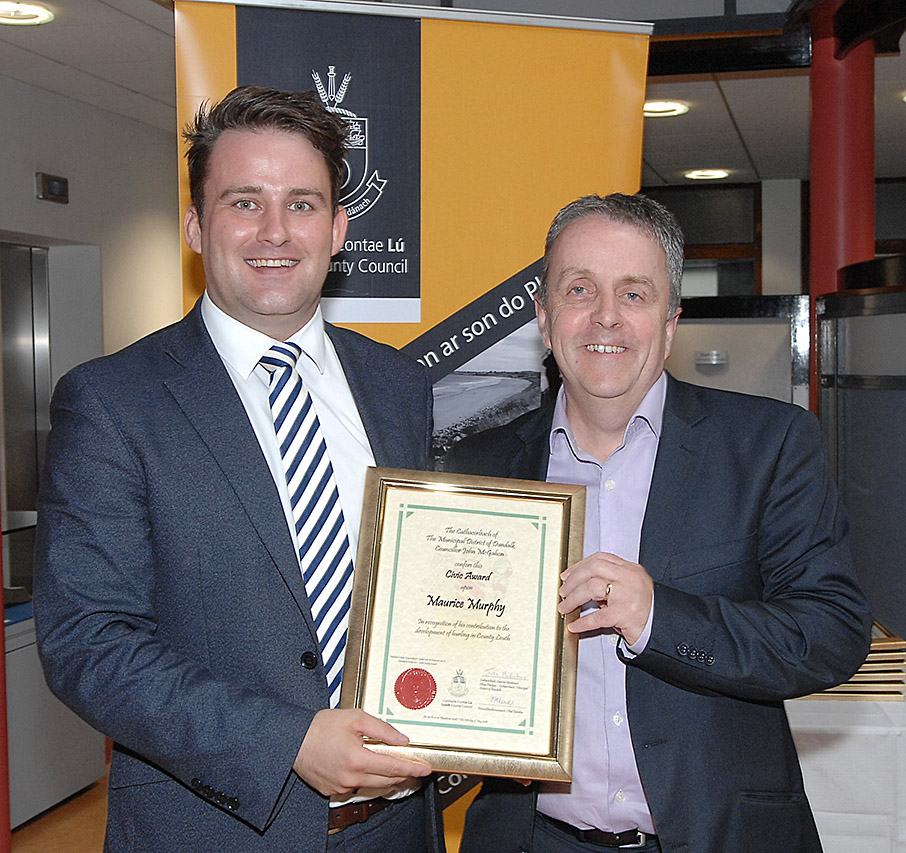 “We all know from being involved in the GAA that in a lot of cases, particularly in the smaller clubs, it’s run by a group of people.”

He added: “Tim, John and Maurice would have all played. John would be as good a hurler as Louth ever produced and most people in town would know John as being a hurling man, a Naomh Moninne man and he’s a great man for knowing all the parents and the kids.

“Josephine and Maurice have done as much for the club as anyone else. I’m involved with the club going on 25 years now and Josephine’s been secretary for all of that time. And Maurice (being a former referee), I hate to see him doing umpire for us because sometimes you may be hoping for a bit of ‘a hometown job’, but everything is as straight as a die with Maurice. He’s a gentleman as well and they’re a lovely family.” 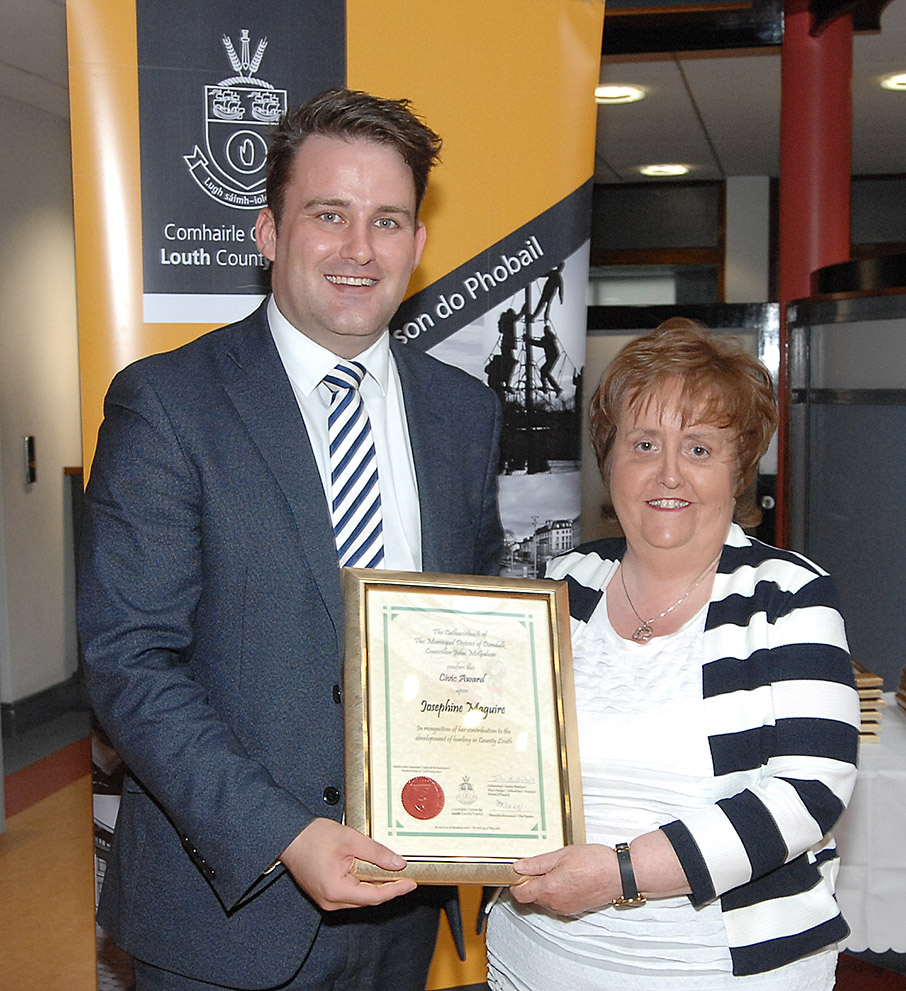 Josephine Maguire, sister of John, Maurice and Tim, is presented with her award by Cllr. John McGahon. (Pic: Arthur Kinahan)

Last year, the club secured a rare senior and minor championship double, with John’s son, Eoin, a central cog in the U18 success. And, according to Collins, the success is as much down to the efforts of the Murphys as the players themselves.

“None of them are looking for any big reward or recognition. Josephine puts in savage hours all through the year on the administration side of things and there isn’t a thing in the club that she doesn’t know about. 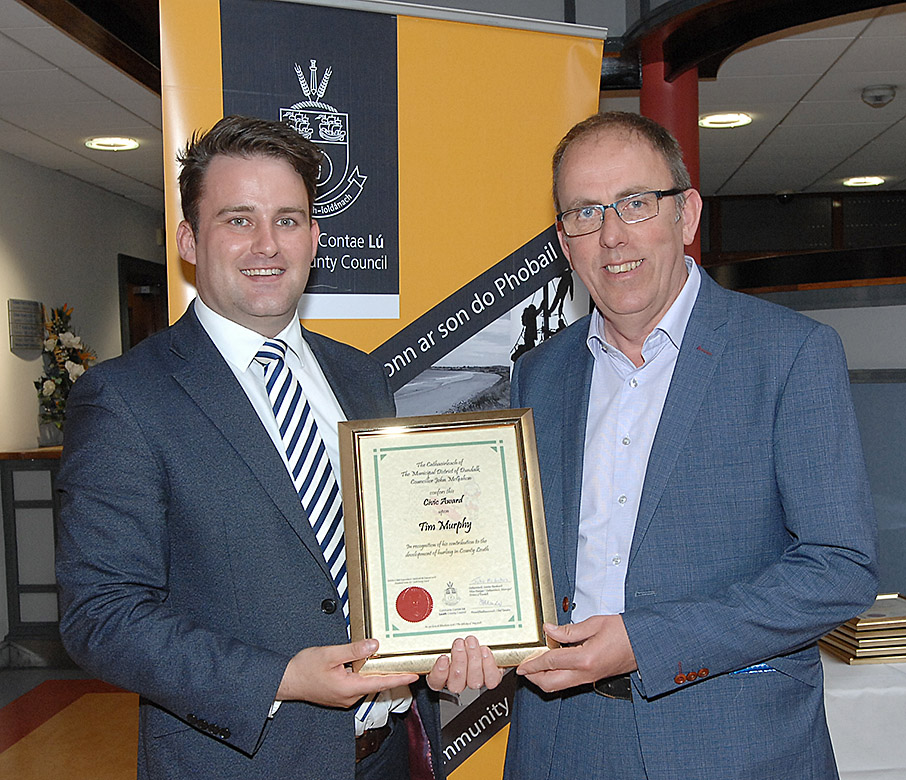 “Then, with regards to the senior win last year, John, amongst other people, would have dealt with a lot of the younger part of that team from the first time they walked on to one of our pitches and picked up a hurley. From the age of five or six, John has been coaching them all the way along and all the way up to winning that senior championship.

“It’s a fantastic achievement,” he added.