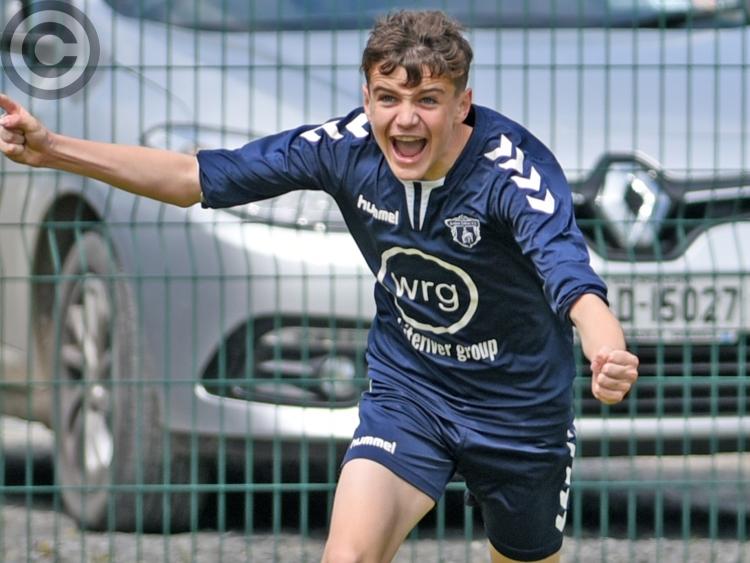 Tadhg McDonnell was Ardee Celtic’s hero when he scored a dramatic last-minute winning goal to complete the U13 league and cup double, with a narrow 1-0 win over Quay Celtic at Bellew Park on Saturday afternoon.

The game, played in brilliant sunshine, was heading for extra-time when McDonnell pounced to score the winner.

Quay were left devastated after creating several chances with Player of the Match Luke O’Connell causing havoc with his penetrating runs down the left wing. However, the Clancy Park side weren’t clinical enough in front of goal and paid the price.

League champions Ardee were the pre-match favourites in this decider and they almost took the lead after only four minutes when Luke Bannon crashed a powerful effort off the 'bar, but, at the other end, Patrick Barry was denied by a brave block from Ardee defender Nathan Commins.

Tiernan Grant had a glorious opportunity for Quay on 18 minutes after he raced on to Kevin Teather’s pass, though Ardee ‘keeper Andrew Wogan came out quickly to smother the ball.

Two minutes later, Seán Callaghan got in behind the Quay defence, but Aaron Kearney just failed to connect with the low cross.

The Quay boys upped the tempo of their game in the second half as O’Connell continued to supply dangerous deliveries.

Ardee struggled to get past the solid Quay defence where full-backs Connor McKenna and Bobby Nesbitt snuffed out any threat on the flanks, but the defence line was finally breached in the final minute when Callaghan lobbed a pass into the path of McDonnell and the captain fantastic curled a terrific shot to the top corner, beyond the reach of Conor Crawley.