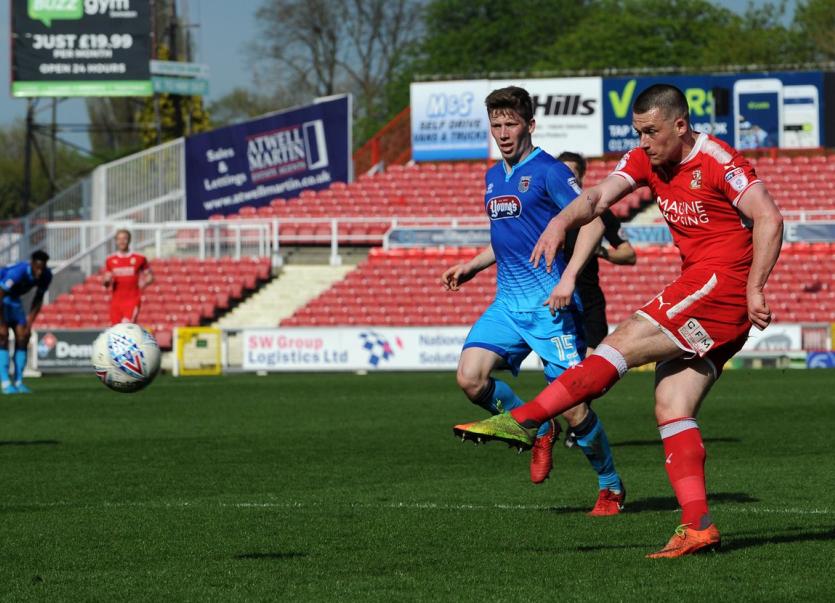 The winger, who was part of the Lilywhites squad which claimed the 2014 Airtricity League Premier Division crown, spent one season with the Robins as they narrowly missed out on the play-off places.

Injury largely disrupted the 28-year-old's campaign and he was announced as one of five players to depart the County Ground at the end of their contracts.

McDermott joined Dundalk in the summer of 2014 following two seasons with AFC Bournemouth. After leaving, he played for Salford City, Ramsbottom United, Rochdale and Swindon.