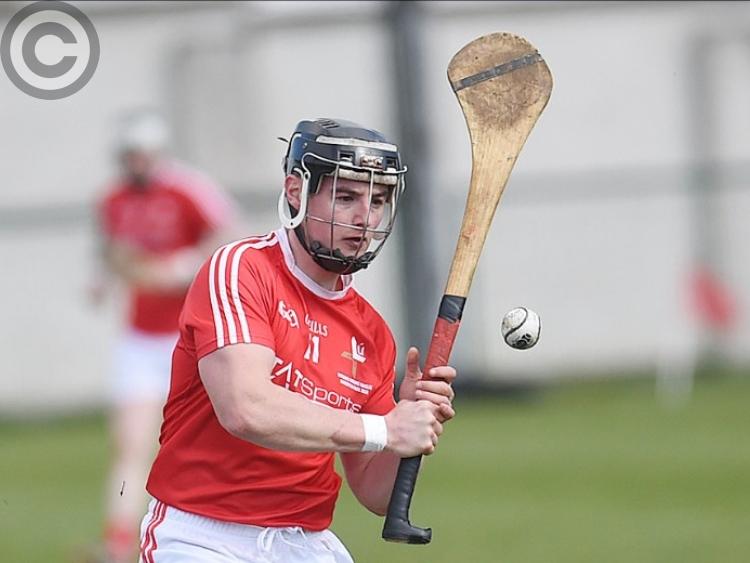 Gerry Arthur in action for Louth hurlers during the NHL Division 3A final in March. (Pic: Arthur Kinahan)

Brothers Niall and Gerry Arthur have had their permits to play inter-county hurling with Louth revoked following an objection lodged by an unnamed party.

The Arthurs played a central part in the Wee County's run to the National League Division 3A final in the Spring having switched their allegiances from Clare, their native county, earlier this year.

Both primary school teachers, who are currently working in the North-East, it is unclear why the authorities saw it fit to withdraw their permits considering they are currently living in Termonfeckin.

In their absence, Louth lost Saturday's Nicky Rackard Cup opener to Warwickshire at Dowdallshill and, speaking to The Democrat afterwards, manager Philip O'Brien explained the circumstances behind their unavailability.

“The Arthur brothers’ permits to play for Louth were revoked last Thursday week and they weren’t allowed to line-out,” he said.

“They appealed it and the appeal was turned down on a technicality. The technicality was that it (the revoking of the permits) wasn’t appealed within three days.

“There was a complaint seemingly from some county, we don’t know who, about the players from outside playing for Louth.

“We were asked to supply information to Croke Park, and we did, and just got this information back last week to say that their permits to play for Louth have been revoked.

“The guys appealed it themselves and it was turned down. Yesterday (Friday), they got word.

“I don’t understand it. They’re living in Monasterboice.”

O'Brien said the matter was now in the hands of the GPA with the option of appealing again being strongly considered in a bid to have the players available for Saturday's championship encounter with Longford.

Nonetheless, the Louth manager is not impressed with the situation.

“The lads have been training and they’re a big part of our team. It’s heart-breaking on the two guys because they wanted to be here today.

“It’s going to be appealed again to another level. I don’t fully understand, you’d nearly want to be a solicitor to understand the entire process fully.

Incidentally, Louth's other 'outside player', Mark Molloy, played the entire match in the defeat to Warwickshire.

Thus, the permit issues appear to lie solely with the Arthurs.