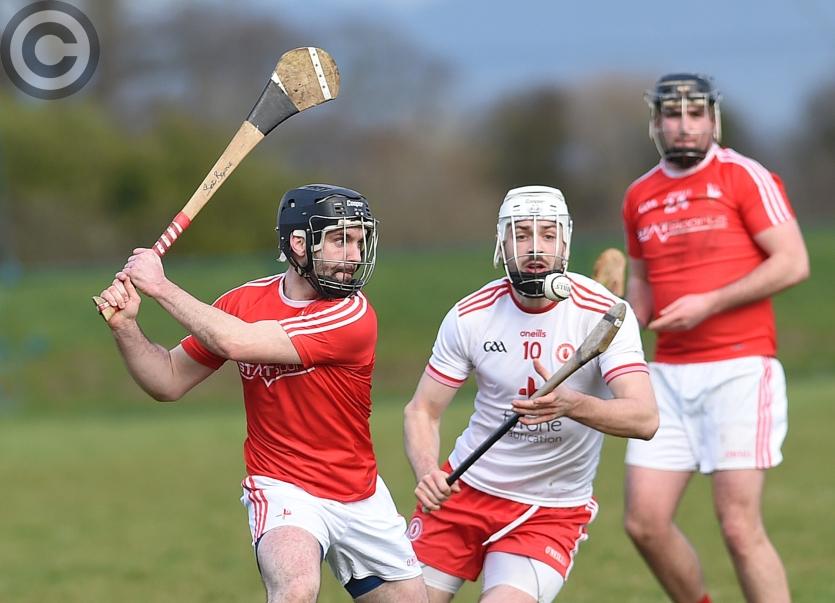 The Wee County enter the match looking to exact revenge for April’s league final defeat to the expats before encounters with Monaghan and Longford.

“Topping the group, personally, is the priority,” Byrne told The Democrat.

“We have to take each game as it comes, but winning the competition is the objective.

“We could go very deep in the competition. Realistically, if you win your three games then you’re into a semi-final and avoiding the top team in the semi-final, which could possibly be Donegal.

“Monaghan and Longford would be along the same wavelength as us and we have played Warwickshire twice this year. We drew with them once and only for a very poor second half performance in the league final we would have beaten them.”

For Byrne, along with a whole host of other long-time panel members, this year offers another opportunity at Rackard Cup glory. Indeed, promotion to the Christy Ring ranks may even console the pain of a record four final losses since 2005.

The Knockbridge hurler stepped away from action last year following the Lory Meagher triumph in 2016. He had a young family to look after and with success coming in a constant flow with Sean O’Mahony’s - the club he plays Gaelic football for - time was of the essence.

However, when Louth manager Philip O’Brien kept calling, the lure of a return to the inter-county fold became too great.

“Time-commitment-wise, it’s why I stepped away in the first place.

“I’ve a young family, but they’re that wee bit older now which makes it a bit easier.

“Philip hounded me a bit. He hounded me earlier in the year and (last year) it was the first time ever that I was knocked out very early both with Knockbridge and the O’Mahony’s so I’d a good break, whereas the year before, with the O’Mahony’s, we were involved right up to November in the Leinster club championships.

The Division 3A final defeat was a serious disappointment, Byrne admits: “We had the beating of them that day and it was just frees that killed us in the end. Frees and the breaking ball, we have been working on that this last number of weeks.”

Though, with the championship only weeks away, they were soon back in training and knuckling down for this weekend’s opening assignment.

Preparations are said to have gone well and, according to the no. 6, Louth know what to expect from the men in white.

The loss in Trim was the first time Warwickshire have beaten Louth, but, when reflecting on their last championship meeting, the Wee County will surely take confidence into this affair. A 3-14 to 2-10 win in Solihull helped Dee McCarthy’s charges on their way to Meagher Cup glory.

They will hope history repeats itself two years on...