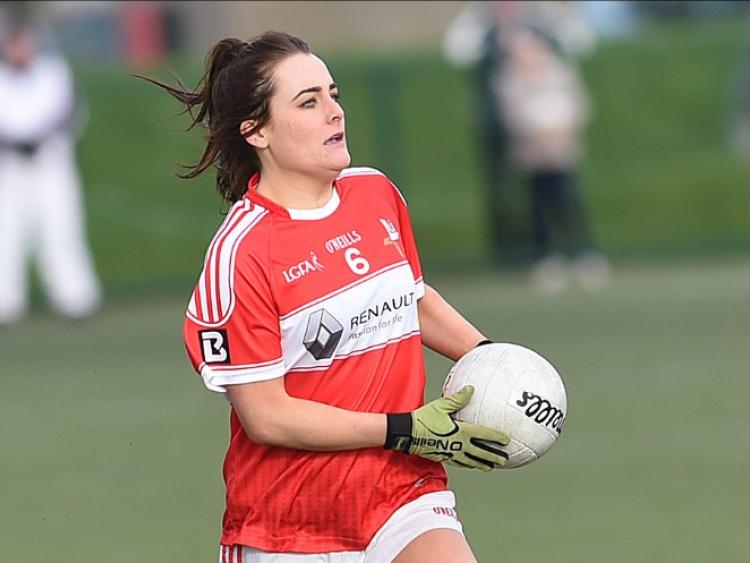 “One of my first thoughts after the accident was: 'Why is my leg facing in this direction? ‘I wonder if I'll be back for the championship’... It didn't happen.”

Deirbhile Osborne is relishing her first “full season” with the Louth senior ladies. Having been a part of the set-up for the latter half 2014 - after helping the Wee County minors to the Leinster final - and the early stages of 2016, she returned earlier this term, two years after her last involvement was cut short by injury, a serious injury.

On the first day of a skiing trip in Austria, she "took a tumble" which led to her being air-lifted off the slopes to hospital with a dislocated hip. But, despite the seriousness of her condition, she admits her first thought was whether or not she would return for the club championship with Naomh Fionnbarra.

A crazy thought, perhaps, but maybe this has got something to do with her DNA. Football, and playing with Louth, is in her blood!

The daughter of former Wee County midfielder John Osborne, she has ties to many of the county's greatest players, including Ollie McDonnell and Stefan White, amongst others.

“It's definitely an honour for the family, but, from my and my sister's point-of-view, it wouldn't be known in women's football," Osborne says. “The girls wouldn't have a clue about it.”

The second eldest of six, brothers Conor and Hugh - who's on the Louth senior panel - are backbone members of the Togher side's intermediate team, while one of her two sisters, Róisín, is involved alongside her with the county team.

They're a GAA family to the core and this intrinsic trait ensured Deirbhile, who graduated with a degree in Education from DCU in September, remained in the game, even when options were limited. Indeed, her first experience of girls football came at St. Louis secondary school and from then, she hasn't looked back.

“My father would have had a big input into things with me and, like that, my brothers as well and that's what kind of helped me stick at it over the years. Even now, if myself and Hugh are off, or my brother Conor, we might go down to the pitch for a kick-around.

“It's always been a family affair. There was always a goal-post in the garden.”

Monday's league final against Wicklow offers the 22-year-old the chance to collect the first piece of silverware in her adult, inter-county career. But, titles aside, she feels her side have a score to settle after the Garden County prevailed victorious in their earlier encounter at Stabannon.

“The Wicklow game we played in Stabannon wasn't the Louth ladies team playing to their full potential. That's forgotten about,” the centre-back utters authoritatively.

“There's no denying that they're a very strong side with excellent players, but, like that, on Monday it's a new day and we're absolutely gunning for it. You don't get to a final and not deserve to be there. Hopefully, we'll show what we're capable of because we didn't when we played them in Stabannon.”

TG4 are broadcasting the match live; something which Osborne wanted to shift focus from as, after all, “it's a game, not a show”. However, if their targets are realised, she and her team-mates may have to get used to the cameras.

A victory such as an All-Ireland may even turn the tag. John may become Deirbhile's father, as opposed to the other way around!