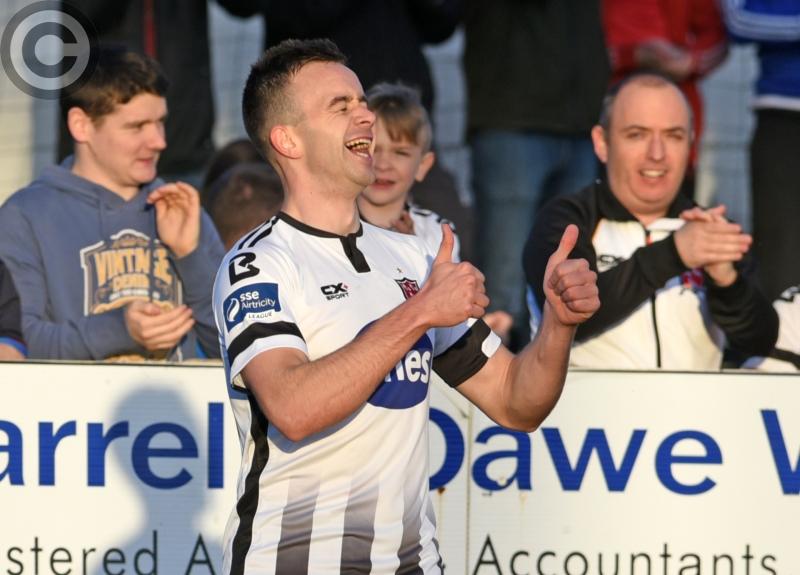 From last Tuesday to Sunday, The Dundalk Democrat were giving Dundalk FC supporters the opportunity to vote for the greatest moment in the club's history from our shortlist of 10.

There was an incredible response with votes being cast both online and over the phone and we're proud to announce that Robbie Benson's goal against BATE Borisov in the 2016 Champions League qualifiers is the resounding winner.

Having received almost 20% of the vote, his strike, the third goal of a 3-0 win, pipped Brian Gartland's goal in the 2014 title decider with Cork City. ‘Hubie’ Gannon's winning score in the 1958 FAI Cup final came in third place.

Speaking to The Democrat on Sunday night, having been declared the winner, Benson said: “It's a great honour to be selected, but, probably, looking back, the goal was just a moment in the great run that the club had and I was just very lucky to be a part of that.

“Dundalk has a great history and to be a part of that and part of a team in the era that the club has gone through, and is still going through, is a great honour and I'm very proud to be part of it.”

On the goal itself, he added: “It was a defining moment for the club and I just happened to score the goal. The goal was the icing on the cake.

“I didn't start the game, the lads did the majority of the work. They did all the hard work to get us to that point.

“The ball just broke for me, but the lads set up the pins and I knocked them down really. That was it.”

Congratulations to Robbie, who will receive a special presentation to mark the achievement.