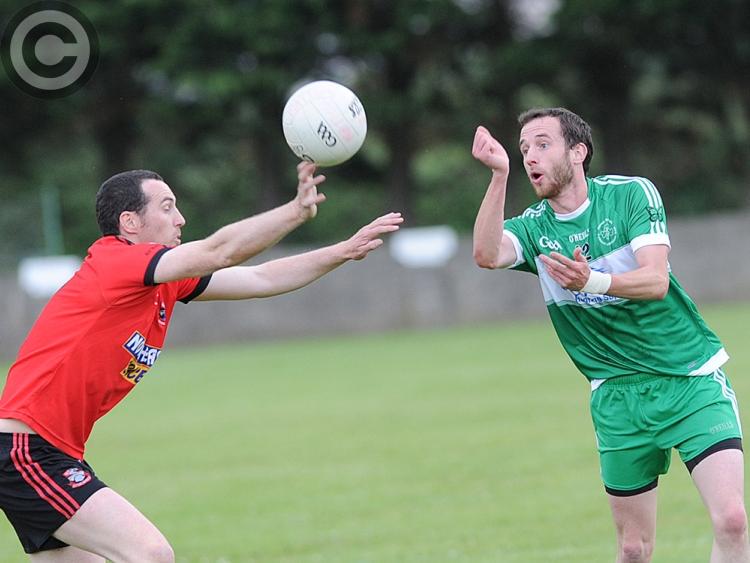 A point from Adrian Reid two minutes from time saw Mattock Rangers claim a draw at home to St. Patrick’s on Friday night.

It appeared that the Lordship side were set for their second win of the season when they led by three points entering the final quarter. However, the hosts showed great determination in the closing stages and deservedly secured a share of the spoils.

This proved to be a very evenly balanced game from the outset and although it was St. Patrick’s who broke the deadlock through Aidan McCann, it wasn’t long before Reid levelled. That’s the way it continued for the remainder of the half with Ben McKenna and Danny O’Connor among the scorers for their sides as the teams went in level at five points apiece.

The Pat’s had the best of the third quarter and were in control of the game when they went 0-9 to 0-6 ahead after Cathal Grogan pointed with 15 minutes to play.

Mattock rallied and kicked three unanswered points to level, but their hard work looked to have been undone when the Pat’s edged ahead once more through Paddy Keenan. However, with time almost up, Mattock secured a share of the spoils when Reid fired over a long range point.