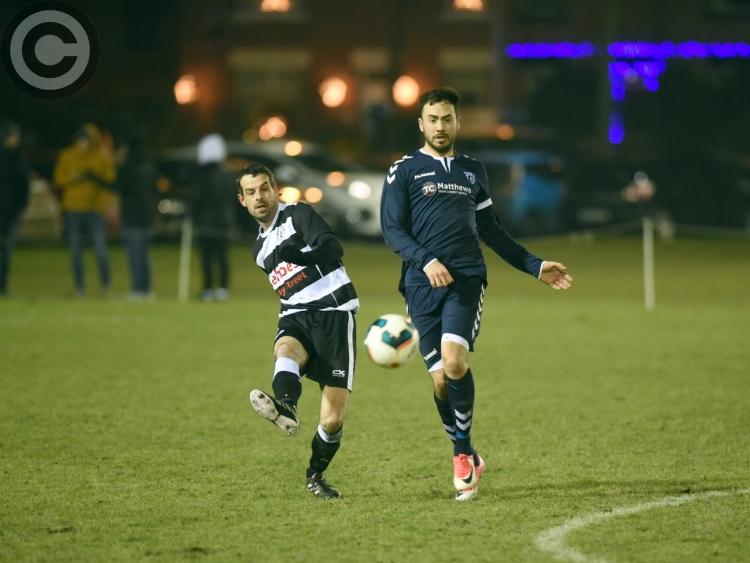 An injury-time equaliser from substitute Dennis Cholach ensured Quay Celtic held on to their NEFL Premier Division status at Townparks on Thursday night.

Ardee, who maintained their top-flight status courtesy of the draw too, twice led in a thrilling contest with Darryn Gaynor bagging a brace.

The striker linked well with Stuart Osborne for the opener, while the second, which came after Aaron Comerford's penalty had drawn Quay level before the break, came in fortuitous circumstances when an attempted clearance from Quay rebounded off Gaynor and past John Rogers. Danny Coyle had earlier rattled the goal-frame as the Dundalk side battled for their safety.

How cruel it would have been for the Point Road men to be relegated under such circumstances and, as the game neared its conclusion, that's how it looked before Cholach became the hero, shooting home in the sixth minute of stoppage time.

The goal means OMP United have been relegated automatically with Duleek - courtesy of their inferior head-to-head record for Quay - in the play-off place.