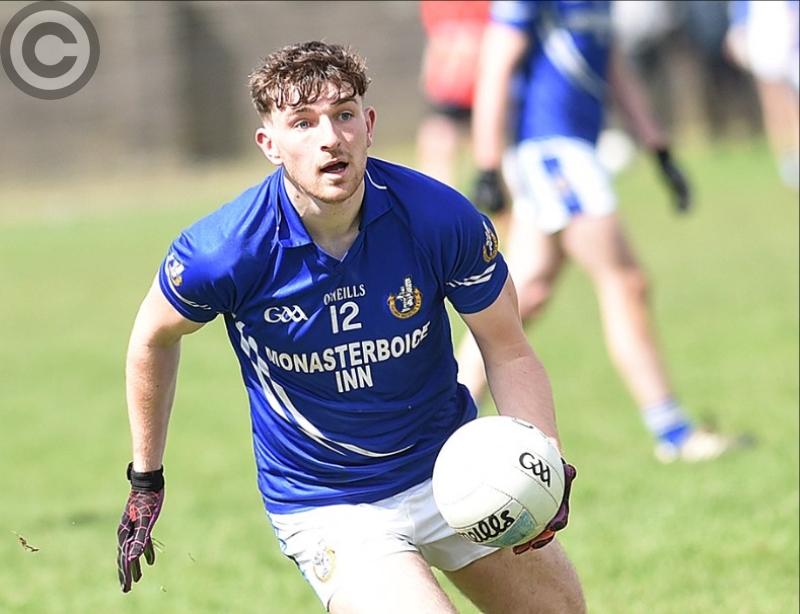 Naomh Máirtín turned in a strong second half display to defeat Mattock Rangers at Monasterboice on Sunday.

The Collon side went into the game on the back of a fine run of form but they were unable to maintain that in an unforgettable first half that ended level at one point apiece.

David Reid and Brian McQuillan were on target for their respective teams.

The Máirtín’s with the help of a strong breeze behind them pulled away in the second half. Scores from Wayne Campbell and Sam Mulroy put a bit of distance between the two teams.

Mattock scored a late consolation goal from the penalty spot through David Reid but at that stage the result wasn’t in doubt.