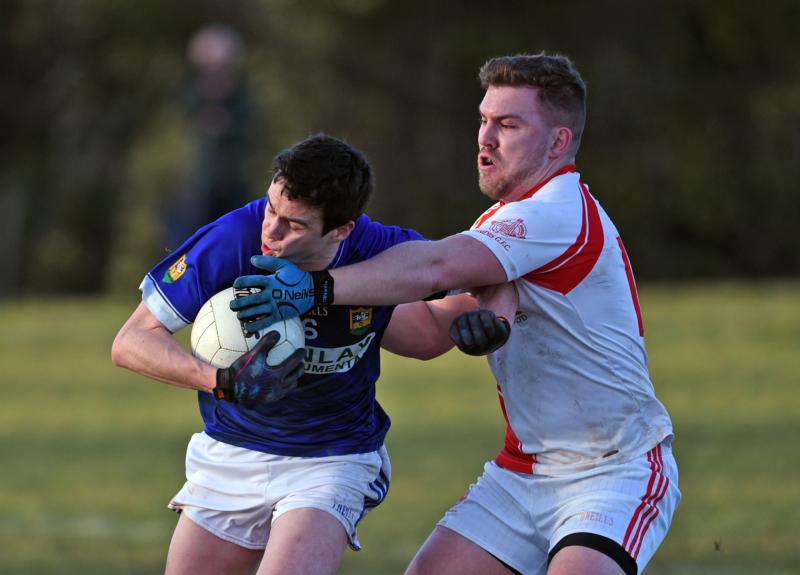 A goal from Ross Kehoe proved the difference as St. Bride's claimed their first win back in Division One by defeating neighbours Geraldines on Sunday evening at Knockbridge.

The result means that Wayne Callan's side remain the only pointless team in the division ahead of this week's meeting with St. Mary's.

It was the visitors who were quickest out of the blocks with Matt Corcoran opening the scoring before Paddy Geoghegan scored the first of his seven points.

Paddy Reilly got the Brides off the mark and there was very little to choose between the teams in the opening half. but it was the accuracy of Geoghegan that ensured the Gers went in at the break with a 0-7 to 0-6 lead.

Bride's opened the second half scoring with a fine long range point from full-forward, Cathal McKenna, and doubled their tally a minute later to turn a one point deficit to one point lead, this time through Kevin Hearty.

However talisman, Geoghegan, converted another free-kick on 44 minutes to level matters again.

It was then that the Bride's scored the crucial goal when Kehoe nipped in to put his side 1-8 to 0-8 in front.

In the closing stages, the visitors piled on the pressure, but the Brides' defence held strong while at the other end Conaill Devin pointed to secure what could prove to be a very important victory.