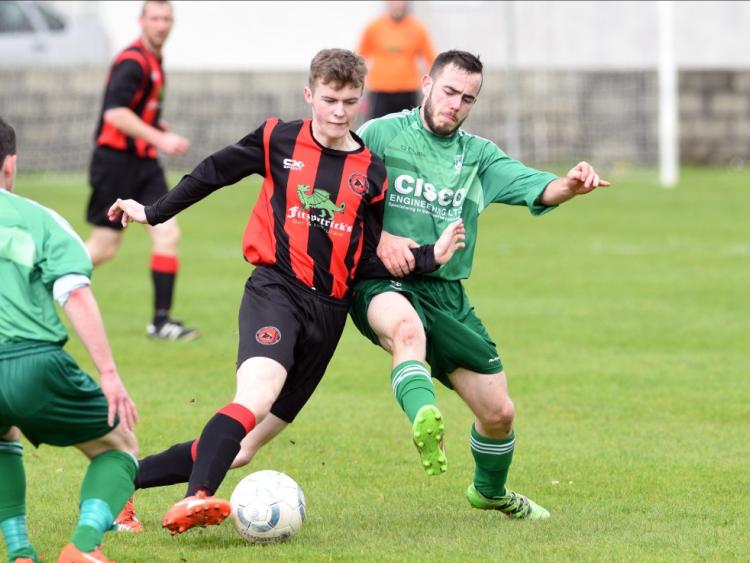 The Finnegan brothers, Stephen and Jason, were on target as Bellurgan United moved into the last four of the Tully Cup on Sunday morning with victory over Division One Square United.

Two goals in the opening 10 minutes had the hosts well in control and while Square rattled the post before pulling one back late in the game, a Bellurgan victory always looked on the cards.

Despite missing a host of first-team players, Bellurgan hit the front early on when Shane O'Brien headed to the net. The elder of the Finnegans, Stephen, made it 2-0 in some style soon after, striking to the top-corner from a free-kick 25 yards from goal.

Colm McConville's side could have extended their lead yet further with Shane Finnegan passing up opportunities, while Square rattled the goal frame before the interval.

The second half saw both sides battling for a foothold and the Deesiders pulled one back with 10 minutes to play. They threw numbers forward in search of a leveller, without really testing the Bellurgan rear-guard, before being hit with a third concession on the breakaway as Jason Finnegan marked his appearance with a goal.