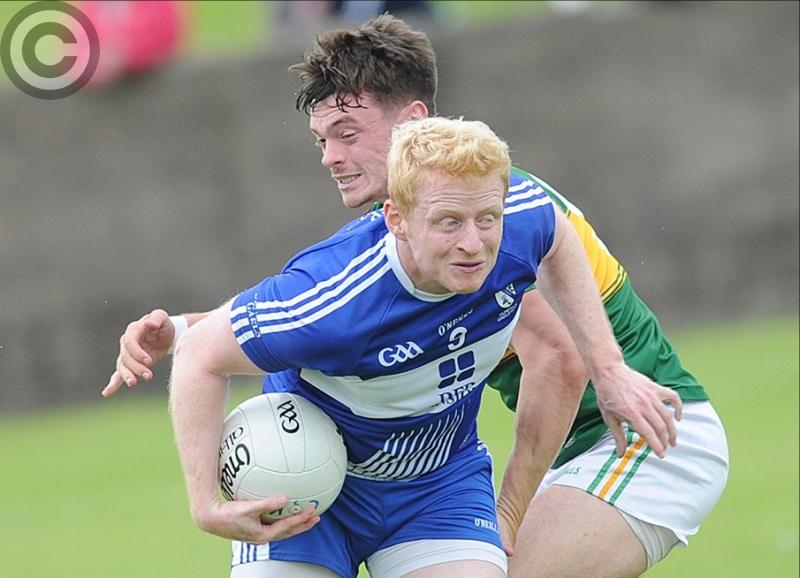 Fearghal Malone struck in added time to earn Cooley Kickhams a share of the spoils at home to Dundalk Gaels on Sunday afternoon.

The midfielder completed Kickhams' spirited late fightback after Gaels had put themselves in a winning position through points from Gary Shevlin and Éanna McArdle (2).

Indeed, Malachy O'Rourke's team were three points to the good in the second half, however, Kickhams showed resolve in battling their way to a draw.

An injury to forward Gerard McSorley in the first half saw him replaced by Pádraig Fallon as Gaels recovered from Alan Page's early goal to draw level at the break; 1-2 to 0-5.

This recovery was mainly down to the scoring of Seán McCann who hit three minors on the trot after McArdle had got the visitors off the mark from a free.

Cooley, themselves, had a wide spread of scorers with corner-back Richard Brennan even getting his name on the scoresheet, while substitute Emmet Rogan contributed to their comeback.