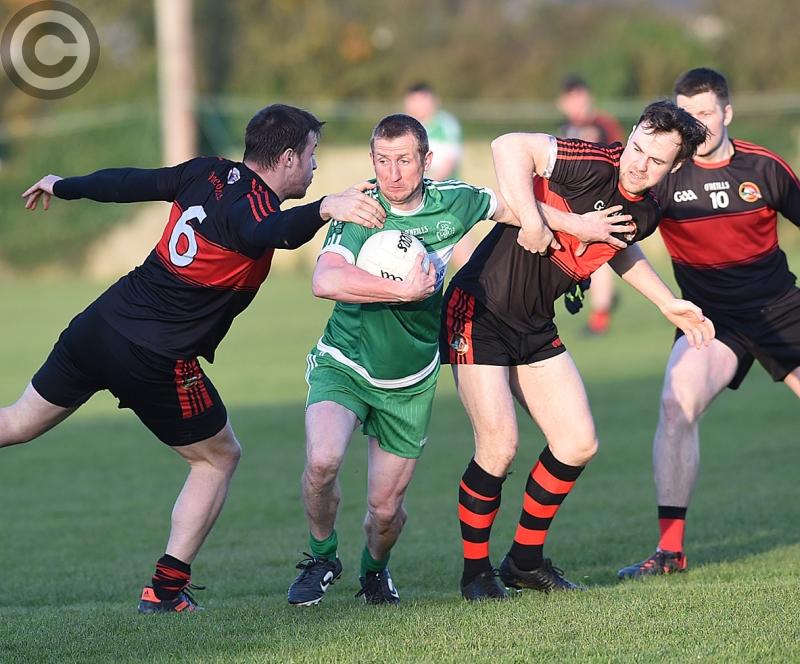 St. Patricks' Ray Finnegan is held on to by David O'Brien and Peter Kirwan of Dreadnots. (Pic: Arthur Kinahan)

St. Patrick's picked up their first win of the campaign at home to Dreadnots on Saturday evening.

Danny O'Connor top-scored for the Lordship men as a strong finish saw them on their way to victory.

Dreadnots found the net in the early stages through Peter Kirwan, however, by the time James Califf added their second three-pointer of the contest, late in the game, Gerry Cumiskey's side had put themselves in a very commanding position.

Keenan and O'Connor set the tone early in the second half with points before they reeled off five points in as many minutes midway through the half to rubberstamp Dreadnots' first defeat of the season.