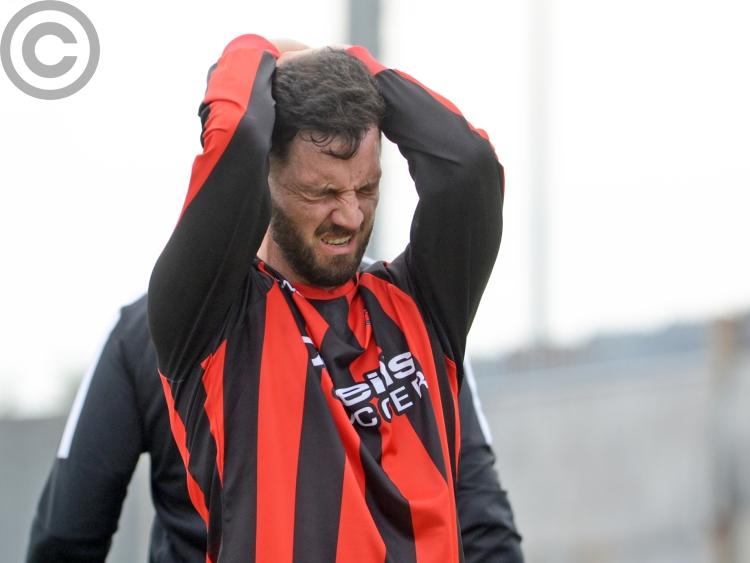 Bellurgan United suffered heartbreak in Drogheda on Sunday morning were only a last minute goal from Newfoundwell denied Colm McConville's men a draw.

The Flynn Park side had performed superbly against all the odds and looked set to pick up a point after Ciarán Sheelan shot a second-half free-kick to the top corner.

Perhaps the most disappointing aspect of the defeat will be that they comfortably dealt with the majority of what the title-chasing hosts had to throw at them.

Owen Armstrong saw a header well-saved by the Newfoundwell 'keeper in what was the best opportunity of the opening half.

Bellurgan were dealt a blow just before half-time when 'keeper Robbie Arthur had to go off through injury with right-back Danny O'Connor taking his place between the sticks.

But, through no fault of the stand-in net-minder's, Newfoundwell went in front shortly after the break. Though, Sheelan won and converted a free-kick to level affairs and the striker then hit the post, while Tadgh O'Connor forced the Drogheda side's custodian into a smart save.

However, disaster was to strike for Bellurgan as a failed clearance saw the ball fall kindly for the home side who claimed the three points in what was virtually the last kick of play.