Dundalk RFC lose final match of the season in Gorey 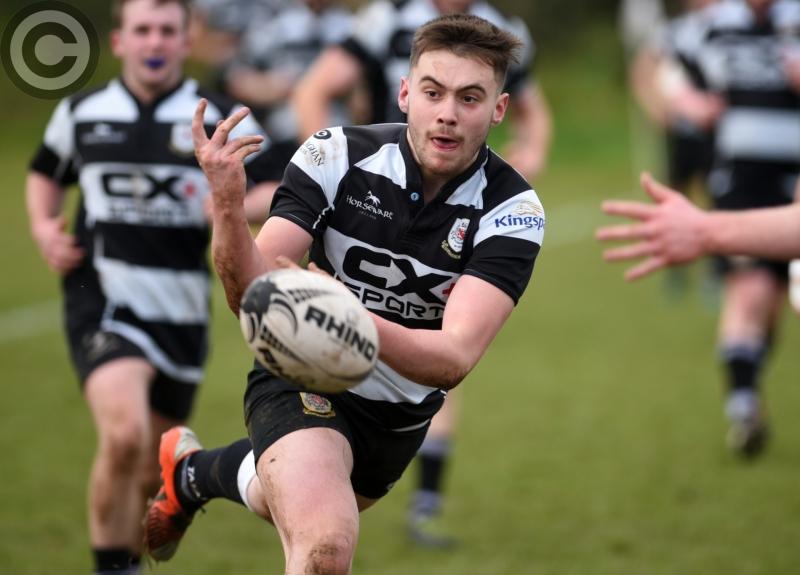 Dundalk RFC completed their Leinster League Division 1A programme with a defeat in Gorey on Saturday afternoon.

In what was a typical end-of-season performance, Dundalk saw their mistakes punished by a Wexford outfit battling to retain their league status.

Wing Robert Shields went over for the visitors' only try, which Gearóid McDonald converted. However, by that stage, the match was over as a contest with Gorey having registered the first 22 points of the affair.

The hosts went in front courtesy of an early penalty before they added a converted try to their total as Mike Walls' men found themselves 10-0 in arrears.

And, despite showing more in attack towards the end of the opening period, Dundalk were to concede another five points as a home player intercepted a move from the Louth men, ran 60 metres in possession and touched down to ease their relegation worries and send them to the interval 15-0 on top.

The second half produced a similar fare to the first whereby Gorey began the brighter and capitalised, going over for the third time and converting to bring their tally up by another seven points.

Dundalk found their rhythm in the final quarter and threatened to score on a number of occasions as Gorey's penalty-count mounted, resulting in one of their players receiving a yellow card.

Dundalk still couldn't penetrate though, failing to score with their numerical advantage, until, finally, Shields found a gap.
Having won their first five league matches on the road, Dundalk finish with two away defeats on the trot, to Wicklow and Gorey.

Nonetheless, despite looking like a candidate for the title after winning away to champions Ashbourne in January, a third-place finish represents a good season for Walls' team who will hope to build on this campaign when they return to action in the Autumn.