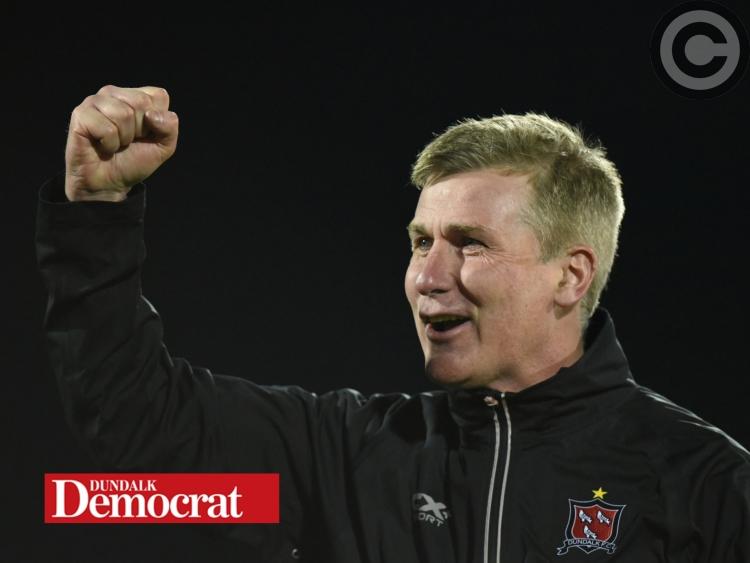 Dundalk FC registered their first away victory of the season against Sligo Rovers tonight to move within a point of the league's summit.

The manner of this victory was in stark contrast to their last league outing where only a late Waterford FC own goal saw The Lilywhites claim the three points. But, despite showing only the one change in personnel, with Ronan Murray replacing Karolis Chvedukas, Dundalk looked a different, considerably more threatening outfit here; this, after Sligo had some good opportunities in the early minutes.

Callum Watters, Adam Morgan and Caolan McAleer each drew stops from Gary Rogers - previously a title-winner with Sligo - before the visitors took control. Chris Shields and Ronan Murray were impressive in this period, however, Hoban's opener - on the half-hour mark - came in fortuitous circumstances as he capitalised on a Seamus Sharkey mistake to stab past Micheál Schlingermann from six yards.

Chances continued to present themselves for Dundalk with Jamie McGrath drawing a fine save from the Bit O'Red 'keeper, though Gerard Lyttle's men almost levelled a minute from the break when David Cawley nodded Rhys McCabe's corner off the outside of the post and wide.

Ahead by one at the interval, the ultra-impressive Duffy extended The Lilywhites' lead on 55 minutes, shooting powerfully to the corner of the net after another defensive mistake by Sligo. It was a goal wholly merited considering their good play after the re-start and, in truth, it was a decisive strike in a game which had been well-contested to that juncture.

Dundalk sat back somewhat from there to the finish, inviting Sligo forward, even if the winners looked dangerous on the breakaway. Rogers - who would extend his record of clean sheets to seven at the beginning of the season - showed sharp reflexes to stoop low to his left and turn a Patrick McClean effort around the upright shortly after The Lilywhites added to their lead. While, in the closing quarter, Sligo substitute Ally Roy spurned a glorious chance from 10 yards as the visiting defence parted momentarily.