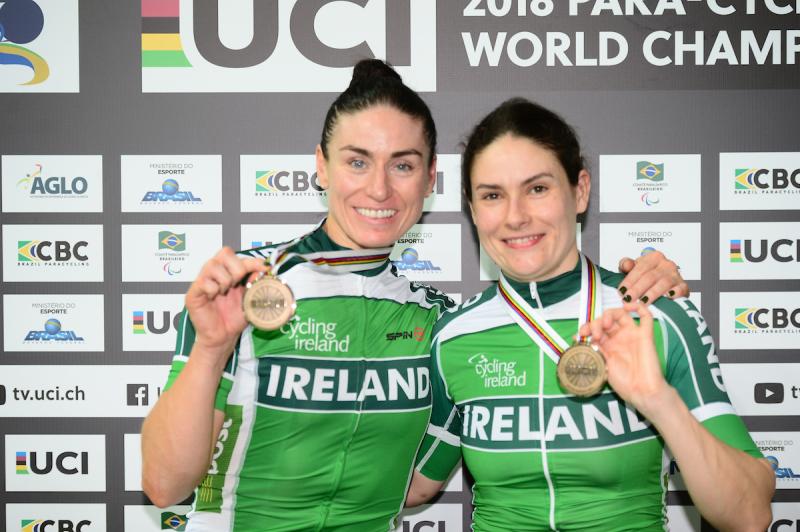 Eve McCrystal and Katie George Dunlevy with their medals.

The pair, who won Paralympic medals in Rio two years ago and who also medalled at the road World Championships last year, claimed third place in the women’s B tandem 3km individual pursuit, pipping New Zealand in fourth.

While the Irish duo had qualified comfortably for the bronze medal final, they were determined to better their performance from earlier in the day. After the first qualifying round, they made a few adjustments to the bike before bettering their time by 2.5 seconds, with a faster time than eventual silver medallists, Belgium.

Today, McCrystal and Dunlevy turn their attention to the 1km time trial.