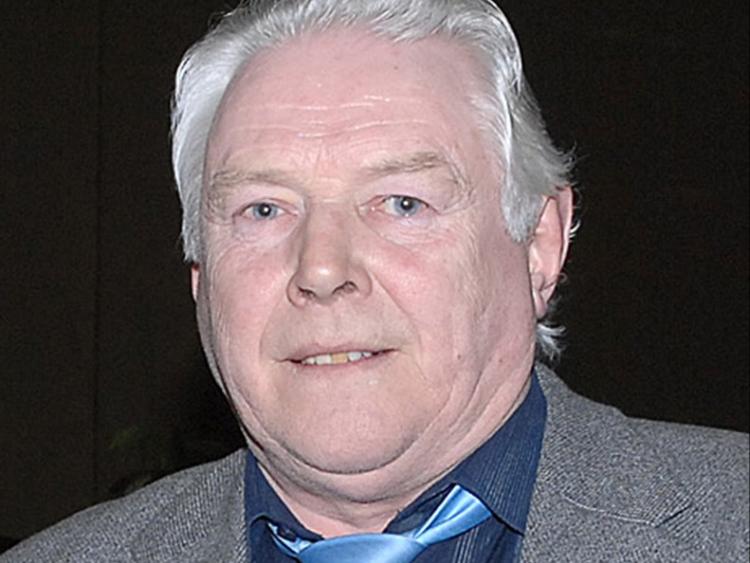 Within a little over an hour after yesterday's burial of Jacko Smith, Newtown Blues footballers, officers and supporters, along with many others from throughout the county and beyond, reconvened to pay their last respects to Frank Clarke. Both played a prominent role at a time when Blues had no peers in Louth football.

A few days earlier, the Drogheda club gathered for the burial of another stalwart, John McCormack, and Cooley Kickhams laid to rest an outstanding , Jim Gormley.

Jack Smith enjoyed a fruitful career as a footballer, winning junior championship medals with Naomh Mhuire and Blues in the 1950s and playing in a third final in the grade with another Drogheda club, , in 1960. But it was as a coach and trainer that he carved out quite an exceptional career.

After rejoining the Newtown Blues in 1961, he took charge of the senior team's training and achieved outstanding success. His charges – many of whom were on the teams that brought three successive minor championships to the re-formed club, '56 to '58, playing alongside others from the junior championship-winning side of the same era – won several league matches to qualify for the Cardinal O'Donnell Cup final. But it was in the championship that they made the most telling impact.

After beating Roche Emmets in the semi-final, Blues took on a Naomh Mhuire side which included three of Louth's All-Ireland panel, Dan O'Neill, Jim 'Red' Meehan and Jackie Reynolds, and having led from early on won the game by 1-12 to 1-9.

That win gave Blues ownership of the Joe Ward Cup for the first time, and they would go on to win seven of the following championships with Jacko Smith at the helm for most of them.

After making a winning return to the Blues sideline in '74, helping to mastermind the narrow defeat of Cooley Kickhams in the championship final, Smith had a spell as county team manager, taking over from Jimmy Mulroy. He was the job for eighteen months before handing over to a selection committee. Then, in the early he returned to the county scene, filling the role of in Declan Smyth's three-year stint as manager. Throughout his spell in football as a player and coach, the popular Drogheda man maintained his interest in greyhound racing as an owner, trainer and breeder, and was responsible for turning out many winners at the Dundalk and Navan tracks as well as Shelbourne Park. His family's interest in the greyhounds is retained by his daughter, Geraldine McSweeney.

The man as 'Ja' to just about everyone in Louth football and further afield, would go on to share in another six championship wins with the Newfoundwell club and also collect many O'Donnell and Old Gaels Cup medals. He was at full-back when Blues were narrowly beaten by Offaly's Gracefield in the first-ever Leinster Club Championship final, in 1971.

Tough and uncompromising but at the same time not lacking in style, Clarke had an extended career with the county team, but like many of his era didn't reap the rewards his talent deserved. A number of years after his playing career had ended he renewed acquaintances with the Louth seniors, acting as a selector with Leslie Toal when Jimmy Mulroy had his second term as manager in the early 1980s.

When Blues re-formed in 1955 having been out of football on a number of occasions, John McCormack took on as secretary. In that he oversaw a tremendous revival in the football fortunes of a club that first affiliated in 1887. The third of the minor championship three-in-a-row coincided with a junior championship win, giving way to the outstanding senior success which followed.

Jim Gormley wouldn't be known to the wider GAA family, but he was an invaluable asset to the Cooley Kickhams club. Born in Dundalk's Dublin Street, he played football with Dundalk CBS teams and with Dowdallshill in club football. On his marriage to a local girl he went to live in Rathcor in the heart of the Cooley Peninsula, and in due course joined forces with Kickhams.

His main football interest was in the progress of his son, Ciarán, who, having shown lots of promise at underage level, graduated to the senior side and in 1990 was on the Kickhams team that beat Clan Gael in the senior final.

Jim's work with the club was mainly as a fundraiser, and here he worked tirelessly in the promotion of the weekly lotto and various draws. He was nominated by his club for a 'Forgotten Heroes' award, presented to him by the then-GAA President, Nicky Brennan, at a get-together organised by the Louth Supporters' Club in 2009.

He also met with another President, Mary McAleese, on the occasion of a Kickhams delegation's visit to Aras An Uachtarain.

The four recently-deceased have contributed generously to the GAA in their different guises, and the association is stronger for their involvement. Gaels throughout the county have been generous in their tributes.