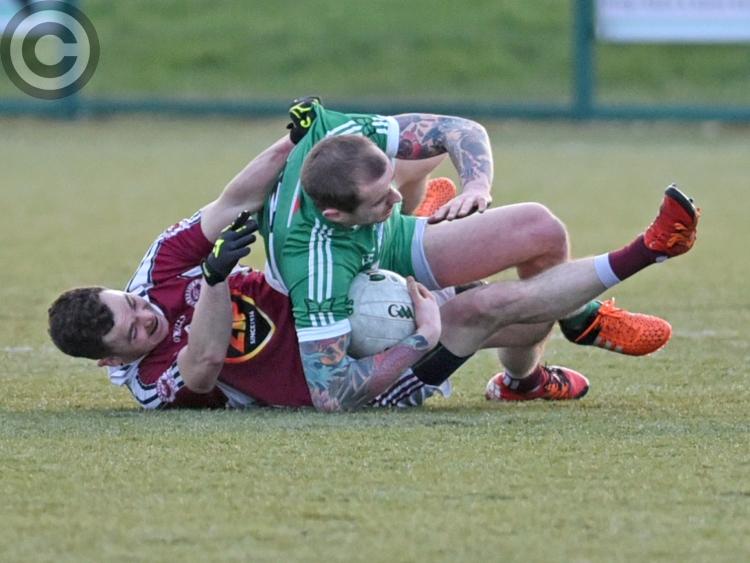 O’Connells got their first victory of the season when they had five points to spare over St. Patrick’s at Darver on Saturday evening.

The ‘Bellingham side got the first goal of the game after a Dean Stanfield pass found Conor McGill and he shot low to the net, but when the teams shared the next two points, the Pats led 0-6 to 1-2.

Gerry Cumiskey’s men led by three at the break before Paddy Keenan extended the Lordship side's lead to four early in the second half, but the O’Connell’s reduced that margin to one with the next three points from Paul McKeever and a brace from Robert Quigley.

The gap was put back to four once more, however, as Aidan McCann found the net for Pats.

However, Quigley pointed to cut the deficit to three and a couple of minutes later his team were awarded a penalty after Stanfield was taken down in the area and Agnew made no mistake from the spot to level the game 2-7 to 1-10.

O’Connor put his side in front again with his fifth point of the game but the Bellingham boys went straight up the field and Quigley found Agnew who rounded the keeper and shot to the net for his second and his team’s third goal of the game.

O'Connells' tails were up and points from Quigley and substitute Emmet Byrne put them four ahead with a minute remaining. Quigley got his fifth and the last point of the game to give his team their first win of the 2018 season.