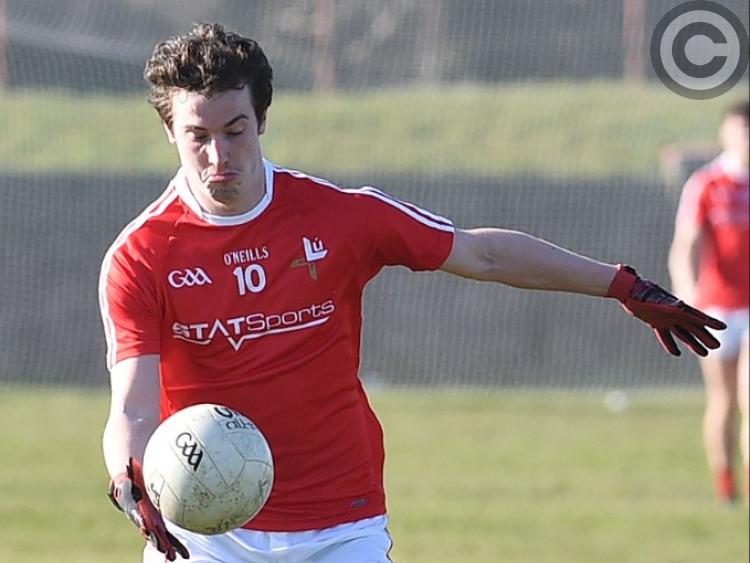 Eoghan Lafferty made his first appearance for Louth in almost two years during last Sunday week's National League defeat to Roscommon at the Gaelic Grounds.

The St. Patrick's man opted off Colin Kelly's panel last year, citing academic commitments and a desire to go travelling during the summer as his motive for the decision.

Departing a team which would proceed to over-achieve in the eyes of many by claiming a second successive promotion hasn't bittered Lafferty, who remains content in his decision. Ultimately, he attained his degree in biomedical engineering from UCD, while he is currently undertaking a masters in engineering with Business at the South-Dublin University.

"Look, in hindsight, the lads had a great campaign in Division Three, but I had made my decision and spoke to Colin (Kelly) about how I was thinking of going travelling and that's something that you need to commit to doing otherwise you'd be sort of second-guessing yourself. I said that I'd step away and concentrate on my studies, and play club football with the Pats before going travelling over the summer period," Lafferty told The Dundalk Democrat.

The stress of travelling from Dublin three-times per week for training took its toll as he attempted to pursue his studies. However, when Pete McGrath called post-Christmas and was able to boast an altered training schedule, the lure of the red jersey proved too great for the former Louth minor captain.

He returned in mid-January and has been getting himself up to speed since.

"I was definitely playing catch-up. In terms of football, I hadn't really done much. I was away last year travelling and I think the Cork game was my first game since the end of August/September," said Lafferty.

"There was a bit of catch-up involved because the lads have been back since mid-November. It took a few weeks to get back up to speed and I'm still working on it, I still need to build it up over the next couple of weeks heading into the championship."

His first competitive start saw him greeted with the number 10 jersey for Roscommon's visit to the Gaelic Grounds.

Individually, Lafferty didn't do too badly considering the recency of his return, however, the result and the second-half performance took from any sense of personal satisfaction.

"I was delighted to get the nod to start. I suppose we haven't really had great luck this term with injuries so I knew there might be a possibility (of getting a start) and I was just looking forward to it. Obviously, the result didn't go our way and it's hard to analyse your own performance on a personal level when you're looking at it as a team. But, yes, I was delighted to get the nod and I'll be able to push on now and improve my match fitness."

Used as a 'forward' against the Rossies having previously played the majority of his inter-county football as a half-back, Lafferty played down the significance of the positional move, pointing to that fact that much of his club football has seen him operate as a half-forward.

He at centre-half on that fateful day in Thurles three years when Louth went under by a 23-point margin in the All-Ireland qualifiers.

And, while many of the current laid to rest those 'demons' with last year's triumph at the home of hurling, a win which sealed promotion, Lafferty's last duel with Tipp was that Semple Stadium mauling.

But he plays it down ahead of this Sunday's meeting.

"It wouldn't be an intrinsic motivator for me to right those wrongs. It's just about trying to put in a performance for 70 minutes with a view to preparing for the Carlow game in May."

His last win in Louth colours remains the league final win nearly two-years ago. How he'd like to end that record this weekend.