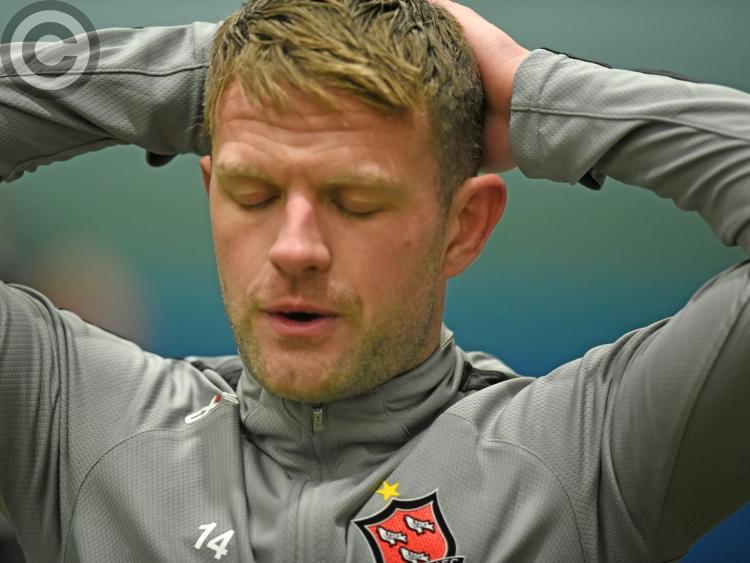 A recurrent subplot to the recent-year rivalry of Dundalk FC and Cork City has been the duel between Dane Massey and Karl Sheppard.

That battle on Dundalk's left flank has been a deciding factor in so many of their battles in seasons past and, again, that proved to be the case at Oriel Park on Friday night where Massey's relentless attacking of the ball helped set the tone for his side.

'Skipper in the absence of Stephen O'Donnell and Brian Gartland, Massey took pleasure in his winning of the one-on-one with Sheppard.

"It's a great battle between myself and Karl. I enjoy the games and I'm sure he does as well.

"It was vital for us to get off to a good start and press them as early as we could. As we can see from the goal, I don't think he (Cork 'keeper Mark McNulty) dropped it too far away from his own body and Pat, fair play to was on it like a light. The start set the tempo the game," Massey added.

The left-back touched on the atmosphere, praising fans for coming "out in their numbers".

"The gaffer was telling us that he was down the town and that the people were really getting behind us all week."

Massey referred to Seán Hoare - in to replace Stephen Folan at centre-half - as the Man of the Match, however, Hoare's partner, Daniel Cleary, was also highly impressive on his third appearance for the club.

Cleary took most satisfaction from a fourth successive clean sheet, the latter three which have come under his watch, and said Dundalk should have won by "three or four".

On his impressive showing with Hoare, the Dubliner, who turned 22 on the day, said: "That's the first game I played with Seán and I thought we bonded well. You have to adapt quickly in football, you either bond or you don't and I thought tonight we played very well together."