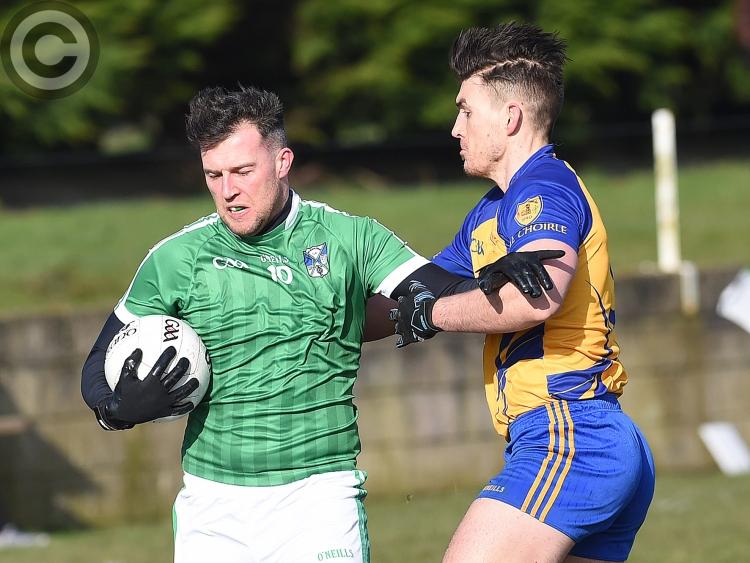 Kilkerley Emmets came out on top against  in a low-scoring encounter at Haggardstown on Sunday morning as they got their season off to the best possible start.

Emmets opened the scoring with a goal from a Seán Hand penalty after five-minutes before Mathew Corcoran pointed to get the Gers off the mark.

James Bellew pointed for Emmets, but the hosts were back in contention when Kevin Pepper fisted to the net after 20-minutes.

However, Kilkerley edged in front at the break when points from Daniel McKeown and Ray Mulholland saw them lead by 1-3 to 1-2.

The visitors surged ahead early in the second-half when a point from Shane Lennon was followed by a goal from fellow substitute, Dean Bourton. Although Kilkerley didn’t add to their tally for the remainder of the game, the Gers could only manage two-points in reply and the Emmets held out for victory.