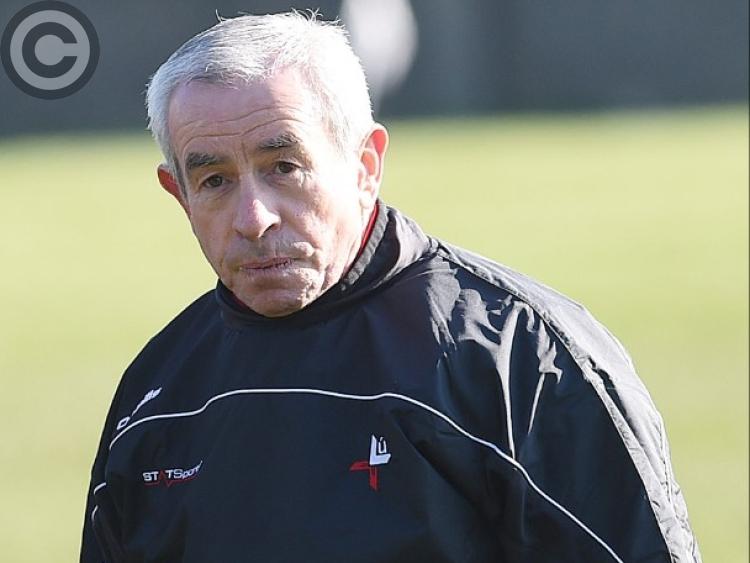 Pete McGrath has admitted that Louth will require something close to a miracle if they are to retain their Division Two status.

The Wee County lost for the fourth consecutive game against Roscommon on Sunday afternoon and, speaking afterwards, McGrath conceded that things are looking bleak.

"Statistically, it can (relegation - be avoided), but I mean we have played four games now and lost the four. We lost the last three by quite significant margins so for us to stay up now would take something approaching a miracle," he said.

"It (our start) was frustrating given the fact that over the course of the week and in our team meeting (on Sunday morning), the first thing we talked about was the need for a start, a high-tempo, energetic start to set out our stall to take a foothold and get our game up and running.

"The very opposite happened, we allowed Roscommon to dictate the whole pattern of the game. We were almost innocent bystanders for the first 15-minutes as they did what they liked.

"We changed our warm-up routine today to try and make sure that things worked out from the start so that frustrates me and the rest of the management team. We're trying to look for better ways of doing things. We're looking at formations, personnel and all that. It's very difficult at the moment to see light at the end of the tunnel, but there is light there somewhere. We have just got to keep in the dark for another few weeks until we get into some clearer waters,” the Louth boss said.

On the match itself, McGrath spoke on how Roscommon's fast opening left Louth with a mammoth task.

“We were very, very poor in the first 10 or 15-minutes. Roscommon did what they liked. We could have been 10 or 11-points down, but, after that, we got a bit of a foothold and went in four behind at half-time which was not disastrous by any means.

“They got first blood in the second-half, they got a couple of points to widen the gap to six or whatever it was. Then, obviously, the goal they got them seven ahead and it was going to be an long, hard road back and it's a road that we never really looked like travelling.

“There's a lot of young players on the team, a lot of inexperienced players. Without making excuses, we haven't had an easy ride in regard to injuries. We lost Jim McEneaney, we lost young Sam Mulroy before the season had even started and we lost Niall Conlon. John Bingham was unable to play today because of a very, very bad knee (injury).

“Even at half-time today, we lost Tommy Durnin with a bit of concussion and he's a big player for us. All these things feed in and come home to roost, particularly when you're playing against a team of the quality and physicality of Roscommon and the fact that they have been together for quite a while, they're a seasoned, road-tested team and all of those things showed today. Particularly in the second-half when they upped the tempo and we really couldn't find the response,” McGrath added.