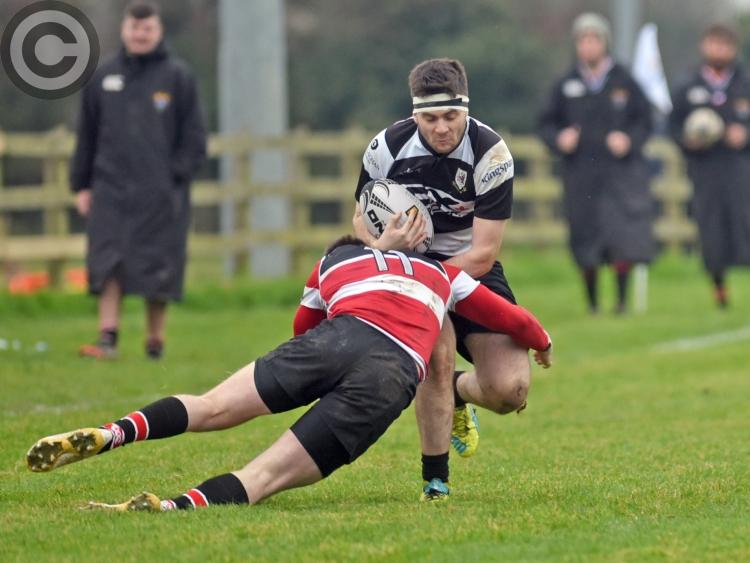 Dundalk RFC suffered their heaviest loss of the season in Wicklow on Saturday afternoon as the hosts scored eight-tries in a 40-point win.

The trip down the M1 was made in hope considering Dundalk - who harboured slim title hopes the match - had turned over the Ashtown Lane side already this season; 20-10 in November's meeting on the Mill Road.

However, minus out-half Gearóid McDonald, Jonathan Gray and captain Enda Murphy, they never looked like repeating the trick here as the game, in truth, was over after just 12-minutes.

Wicklow crossed twice in this period and when the steady Brian Keegan added a penalty on the quarter-hour, Dundalk trailed by 15-points.

They were 22 in arrears by the time Robert Williams got them on the board with a try on the stroke of half-time. Mike Walls converted to at least give them the comfort of seven-points at the break.

And another try on the resumption, from Ciarán Bellew, had Dundalk back in the contest to a degree, despite the conversion being missed.

At 22-12, they had a chance, however, Wicklow simply upped their game once more with tries from Ben Porter (2), Jay Byrne and Dean Leonard helping them to hit the 50-point mark.

Visiting replacement James McConnon went over at the other end as the clock passed the regulation 80-minute mark. He scored in the corner having been found by a crossfield kick. The conversion was missed and Dundalk to suffer more as Wicklow raced ahead to score yet another try.

puts a firm ending to a promotion charge which promised so much after victory over Ashbourne RFC in January. Since then, there have been four successive losses meaning pride is all they have to play for when Monkstown visit on Saturday week.