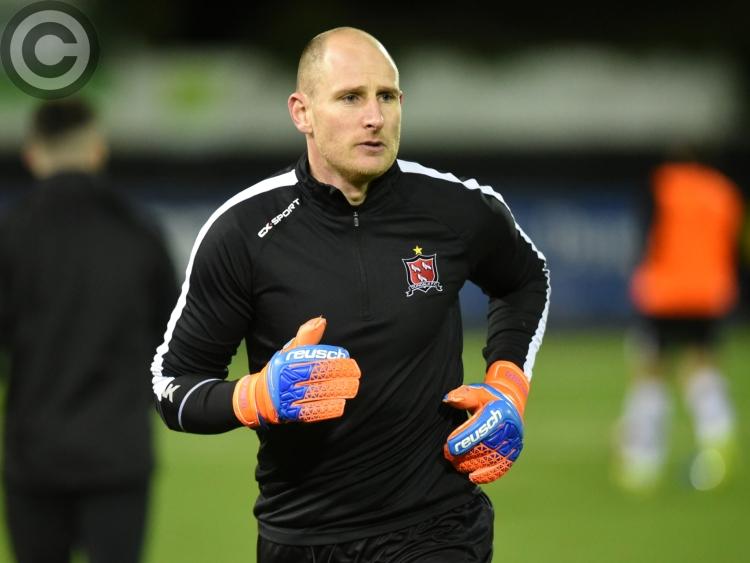 Dundalk FC 'keeper Gary Rogers has said that his side will 'get stronger' following last night's frustrating 0-0 draw with Bray Wanderers at Oriel Park.

Indeed, had the custodian not been alert, the Lilywhites could even have lost the match with Cory Galvin and Aaron Greene having pulled top-class saves from the Meathman.

Speaking afterwards, Rogers was but remained as upbeat as possible.

"We're going to get stronger from here there's no doubt," he said.

"We didn't get the that we would have liked, but we weren't beaten and we didn't concede. Defensively, it's a good start to the season, but we will have to improve.

"We'd like to win our home games, we'd like to win every game. We just didn't create enough clear-cut opportunities. Although we probably dominated the game possession-wise, Bray still dangerous on the break and all-in-all it's a disappointing result for us.

"In the first-half, we had plenty of opportunities and the ball was in their box a lot. It just didn't stick for us and I think if we had to have got that first goal, in our home games, if we can get the first goal it opens up our play a little bit more and we can get a few more opportunities. Bray very resolute in defence.

"It's only 90-minutes gone. It's very hard to be running the rule over players. We're going to get stronger from here," he added.

The Lilywhites face Shamrock Rovers in their next fixture at Tallaght Stadium on Friday night.