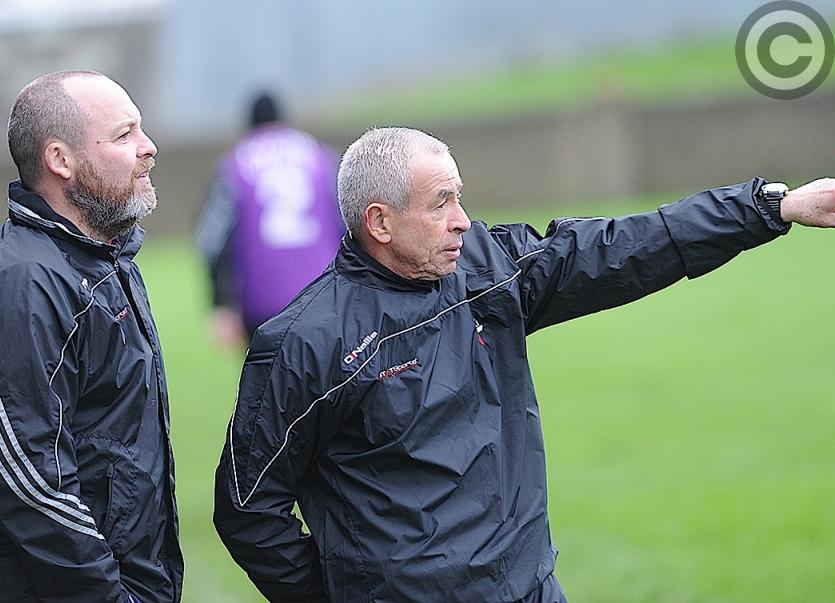 Louth manager Pete McGrath has demanded more from his side's attack after watching the team fall to a third consecutive National League defeat in Cork on Sunday afternoon.

Despite a spirited revival in the closing-quarter, the Wee County ran out comprehensive seven-point losers and McGrath was adamant that his charges must attack better, pointing to how they are yet to score a goal in this season's league.

"This is our third match and we're yet to score a goal," McGrath said after the match.

"I mean creating chances is fine, but you have to be scoring them. It just appears to me that these other teams can squeeze us when we're in there to stop us getting goals, and yet, at the other end, Cavan got three and Cork got two today, and we don't seem to be able to squeeze them. They're getting through us with ease and finding space in the critical areas that we're not.

"It's a bit of a concern, the fact that we have gone three games and haven't scored a goal. We scored from play today over the 70-minutes and that's not going to win you very many matches in Division Two.

"Sometimes it was bad decision-making and we were shooting when we should have been carrying the ball on, but we're not threatening enough and still not going forward, in my view, with enough potency and penetration to put opposition teams under serious pressure. We're doing it occasionally, but we're not doing it often enough and I think we're giving opposing defences a pretty easy ride at the moment," he added.

Goals apart, the fact that Louth not converting very many opportunities from play is another worrying aspect for the Down man.

"We didn't score that many from play against Cavan. Our score against Down was 11-points, which isn't a winning score so we're hitting well below average scores and we're now into the second-half of this league.

"There are certainly improvements that need to come pretty quickly if we're going to get points in our remaining games. We have got four matches remaining, two at home and two away. We have got Roscommon in a fortnight's time and they were beaten today so they're world-beaters. We have got them at home and really, in order for us to be talking sensibly and realistically about having any chance of staying in Division Two, then we simply have to beat Roscommon.

"We have to beat Roscommon and play to an acceptable standard because for of that today, our performance was not acceptable," said McGrath.