St. Gerard's AC's Kate O'Connor continued her incredible form with another gold in Athlone on Sunday 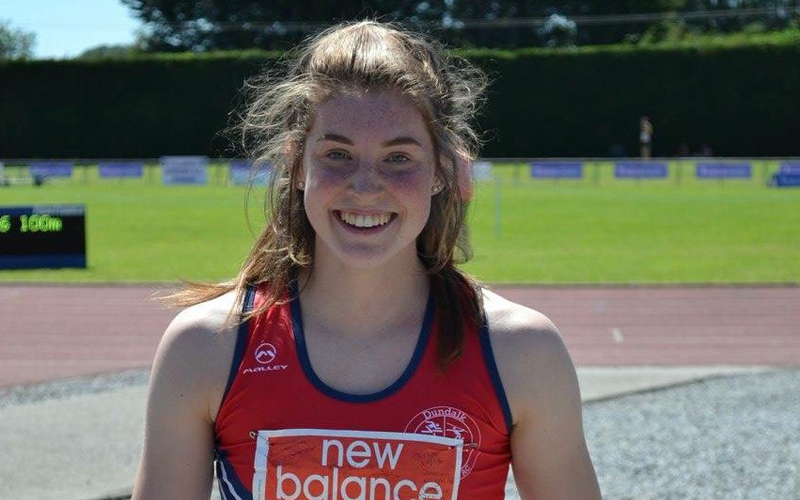 Kate O'Connor impressed once again at Sunday's National Indoor Championships at Athlone IT, bringing home a gold medal from the .

The teenager produced a seasons-best jump of 5.79m, following a series of excellent jumps, to take the top prize in convincing style.

Having smashed the national senior and junior pentathlon records last weekend, O'Connor made her afternoon in Westmeath even better on Sunday by reaching the final of the 200m, this despite being up against specialist sprinters and having suffered a stumble in her qualifying heat.

Her St. Gerard's club-mate, Patience Jumbo-Gula, also had an extraordinary day at AIT.

Despite being only 16, she excelled in the 60m at U20 level, taking victory in her heat by setting a new personal best time of 7.62.

However, this record wasn't to stand for long as she broke it by one-hundredth of a second in the final, only to unluckily miss out on a podium place. To put this effort into context, she was only four-hundredth's of a second off the World Championships qualifying time.

What a terrific performance by both girls.