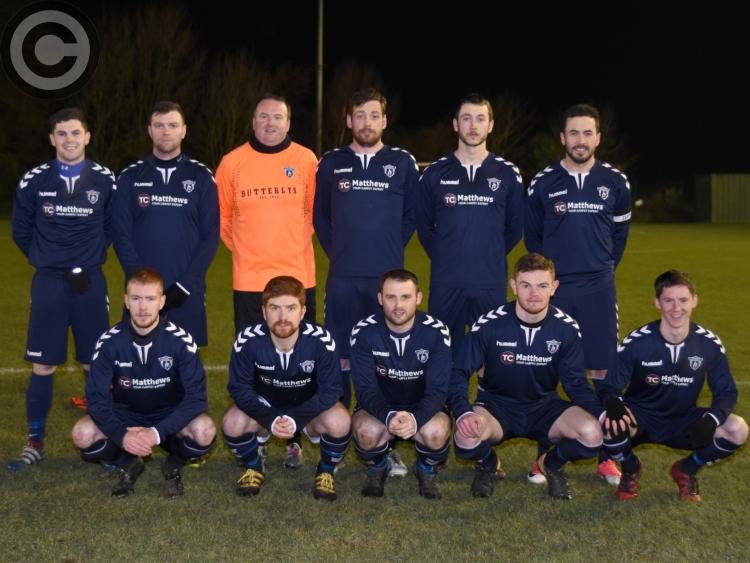 James McMullen's late header proved the difference as Ardee lifted themselves to within three-points of eighth place Duleek with three games in hand. Seven-minutes were left when Gareth Kane received the ball. His cross had pace and McMullen stooped low to head past Gerard Yorke.

Ardee shone in the early exchanges, enjoying more of the possession. Ross Gaynor saw a free-kick skim off the foot of the defender and wide.

Despite this, on the half-hour, Paul Brennan's men took the lead. Against the run of play and on the counter-attack, Tommy Carroll beat the last man for pace and finished to the side of Ardee keeper David Anderson.

Following his two strikes against Virginia Celtic in midweek, Darryn Gaynor was key to the Deesiders' equaliser. A good exchange of passes by Lorcan Myles and Gaynor saw the latter play in Mikey Nulty to neatly finish past Yorke.

Gaynor - the assistant for the hosts' opener - put his team ahead four-minutes after half-time. Eddie Burke provided the cross - having escaped two challenges - and while Gaynor's first attempt was saved, he was in place to convert the rebound.

Conor Lynch's men could and should have seen off the game when they were awarded a penalty. Ross Gaynor, who was fouled stood up to the spot, but the ball struck the outside of the post.

Perhaps, like many games when a big chance is missed, the Deesiders were put on the back foot by this as Kingscourt, chasing their first league victory of the season, scored to draw the meeting level.

However, McMullen was to become the hero as Ardee gave their survival hopes a big boost.