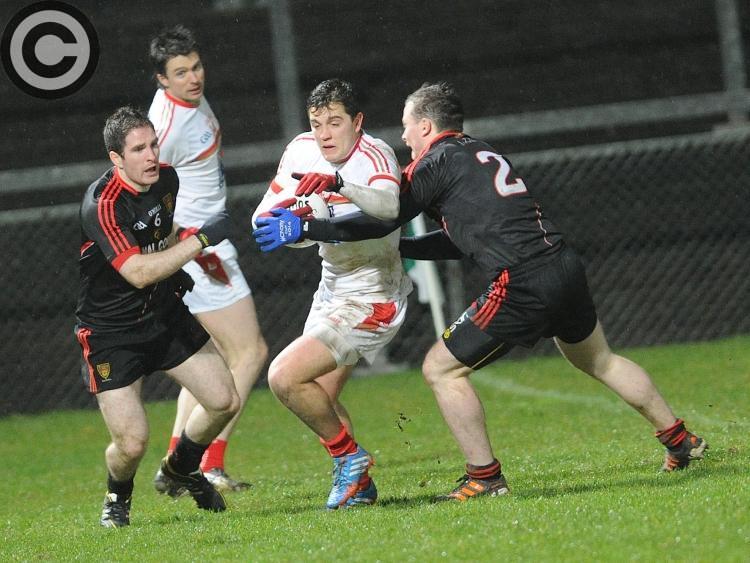 Louth captain Andy McDonnell is held-up by two Down defenders during the last meeting of the teams in 2014. (Pic: Arthur Kinahan)

Caolan Mooney, Conor Poland Conor Maginn are among the players named in the Down starting XV who have previously featured for the Mourne County under the tutelage of Louth manager Pete McGrath. See here, for Louth team news.

Mooney, a fellow Rostrevor man, has been named at left-half forward, while Poland and Maginn will line-out at midfield and  forward respectively. Both the latter played for McGrath on the Down U21 team beaten by Cork in the 2009 All-Ireland final.

The Harrison brothers, Shane and Connaire, are included at opposite ends of the pitch with the former between the sticks and the elder of the pair, Connaire, who was nominated for an All-Star last year, at full-forward.

Glenn's Ronan Miller is a surprise inclusion at number 13, while a club mate of Louth trainer Declan Mussen - Colm Flanagan from Castlewellan - will at right-corner back.