Did you ever hear the one about the Dundalk Garda who ran 225 marathons and counting... 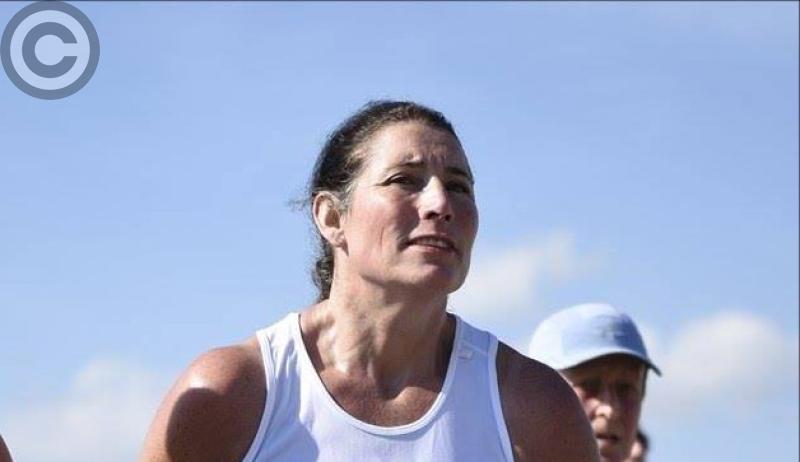 "Kathleen, you must have great eating habits," I asked. "No, you must be joking me. We'd do it all in a hangover...," she replied.

While many may not see running, never mind 'marathoning', as much fun, it's clear to see why Kathleen Cheshire gets such a kick out of it. Indeed, if you were racing alongside her, I'm sure her witty persona would provide as much fun as the trek itself.

Originally from the Dublin Road, she's a Gárda of 24-years - her post being at Dublin Airport in the customs and immigration lounge - and a vibrant member of Raheny Shamrocks Athletics Club. Though her occupation and its daily routine interesting in itself, it's another aspect of Kathleen's life which perked one's attention.

She has run 225 marathons, all but five of which have been completed since the turn of the decade.

Her first marathon was in 2004 and when asked if it was something she could readily recall, laughter was her response. "It was a cold 'bloomin' morning," she quipped, before elaborating further: "I was doing a great time, pacing myself very well, but I remember feeling sick and I ended up finishing in three-hours 48-minutes. I was disappointed with the time because I was hoping for '3:30'. But a few weeks later I went to Rotterdam and ran '3:36', just to prove to myself that I could do it."

And prove it she did. Her best time came in 2006 when she cruised around Rome in '3:25'. This feat must have suppressed somewhat her marathon bug as it wasn't until coming across "a mad gang" a number of years later that she resumed her marathon career in relentless style.

Her century of marathons completed was turned up in June 2013, a whirlwind year in her running career.

"In 2013, I did 10 marathons in 10 days and went work afterwards." She added: "I could be finished a marathon at one o'clock and then I'd go in to work at three o'clock. I couldn't get the days off

"It was tough (physically - because she couldn't get the days off) whereas others were able to go home and have a bath. I'd to go straight into work.

"Towards the end of the 10 days, I remember one of the days where I finished work at and I was starting the marathon at ," Kathleen chuckled. "It's only when you say it out loud that you think, 'that's mad'."

It can sometimes become "embarrassing", she says, when it comes to asking for time off work as running is always the motive of her request. Though, considering the source of her passion was fostered on day one of Gárda training in Templemore, her employers can have nothing to complain about...

"When they saw me come in the gates, they more or less said 'right, you're running for the guards tomorrow...". her entire routine is based running, even trips to visit family abroad are scheduled for certain times. Her aim "to kill two birds with the one stone".

"I've done the Sydney and Doha marathons while visiting family. I made sure there was a marathon in the area when I was visiting. Athens was a good marathon, of course, London, and Amsterdam. I did one in Lanzarote December, Munich, Madrid and Tromso for my 40th. Tromso was up past the Arctic Circle so you start on the 21st and finish on the 22nd of June. It was a start on the 21st. That was a good one, a memorable one," she reminisced.

The social aspect of her sport is most attractive for Kathleen on a personal level, it affords her the opportunity to be a part of a "unique community". In her early years at the sport, she would have been an active 'clock-watcher', always striving to achieve something of a target. But, as time's passed, she's learned to embrace every race/marathon, with enjoyment becoming more fulfilling than attaining time. Mind, has not always been her forte. Her history of having "slept through" marathons - thus missing the event entirely - has earned her the name of "Big Ben" in certain quarters.

Art is another hobby of Kathleen's, though it's something she has largely neglected in recent years due to her regular marathon commitments. " only 24-hours in a day," she quipped.

While she concedes a less intense, and expensive, running career could have resulted "in a brand new kitchen" or a mod-con of another description, she's unable to imagine life without running.

Indeed, after every race, she brings the medal for a visit to her delighted mother in Dundalk, who she says " be as proud as punch."

But, where does she store her medals?

" a lamp in the house and I started hanging them over that, but, now, I just throw them on the floor. It means less hoovering!" she laughed.

Kathleen plans to add to her 225 marathons, though not at the rate of recent years. With additional gym work, her desire is to do marathons, but in a quicker time. Whether she will complete any a hangover remains to be seen.