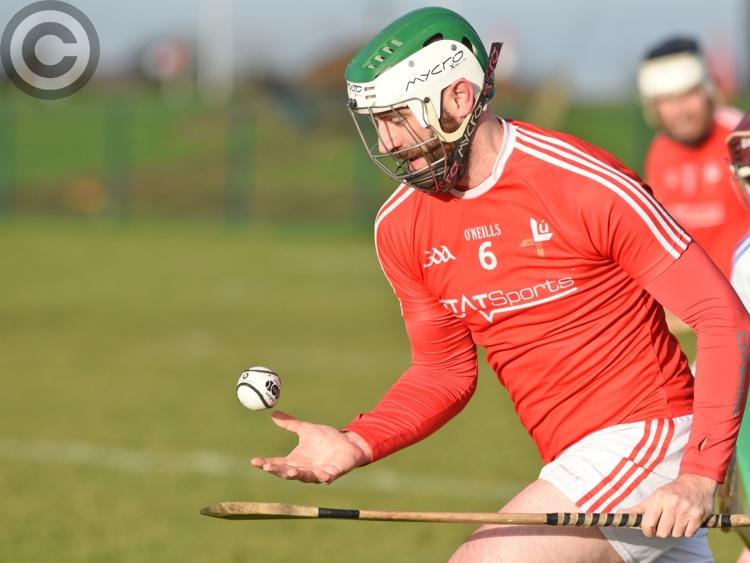 Louth captain Shane Callan accepts that this year is something of a 'second coming' for him in the Wee County jersey.

Having suffered a torrid 2017 season through ill-health, his hurling career was put on hold, even threatened entirely, due to a collapsed lung. At certain stages, he doubted if he would be able to finish his now 13-year inter-county stint on his own terms.

"I thought that was the inter-county thing gone," the Pearse Óg told The Dundalk Democrat ahead of this weekend's Division 3A opener with Roscommon.

"I had a collapsed lung and it really knocked me and, from a personal point-of-view, I thought that was it for me and Louth.

"You question whether you're going to be able for it anymore and after going so long, I didn't want to end my Louth career the way things happened last year.

"But, I suppose things like that wake you up, when you have a year where you want to play, but you can't and watching the other lads, it drives you on so it's great (to be back).

"Philip (O'Brien) gave me a call around September time and said that he was interested in me coming back and I was delighted to get that call because with younger lads getting involved, sometimes you can be put out to pasture.

"We have been going hard at it since November and touch wood I'm feeling good and everyone's in the same boat. We're fit, we're flying and eager to get going," he quipped.

Bringing up the subject of team manager O'Brien, Callan admits the pair have a close relationship and, on reference to The Democrat's photo archive, this is evident as the pair have been frequently pictured together during the Meath-native's stint in charge.

"I would consider myself to have a close relationship with Philip because we both want the same thing," Callan said. "He's very passionate, very, very passionate about Louth. no hidden agendas, he just wants us to win, for him, but more importantly for ourselves. He wants us to be successful in our careers and not just play for the sake of playing.

"I've captained Louth under four or five different managers now and, as I've matured, I've seen a lot of different teams pass through. When I first started I looked up to the older guys and went about my business quietly and never got involved in the other side of it, but it probably started with Dee (McCarthy) a little bit where I had a bit more influence.

"I felt as captain that I was sort of the players' spokesman and it's probably carried on that way with Philip. I don't know whether I would call myself the go-between because it's not that he doesn't talk to the players, but we have a good dialogue there where we can talk about what's working and what's not working. I can voice my opinion and whether he wants to go with something I say or not, it's up to himself, but I think that it's important in this day and age because players aren't robots and when you get to play at inter-county level, you're grown up and you want to have some input," he added.

Following on from last year's disappointing season where the campaign ended with eight straight league and championship defeats, Callan feels the team is a lot more settled and, more importantly, stronger in terms of quality.

But, he's honest about their prospects. Of he would like Louth to "win everything", however, he admits that progression in the championship would represent a higher calibre of success than securing a few wins in the league.

Speaking on this weekend's outing, Callan accepted that they'll be up against it with Roscommon being the highest ranked team in Division 3A.

"I've played Roscommon I don't know how many times in my career and I haven't got too many wins. You couldn't get a tougher start than going to Roscommon on the first day at on a Sunday. It's just not ideal.But you have to go with the cards that are dealt," he said.

"In the league, for us, it's all about momentum. Over the years, looking at Louth hurling results, if we have had a bad league, we probably had a bad championship and the year we won the Lory Meagher, we were in a higher division in the league, beating teams in the Nicky Rackard and that gave us great confidence.

"You don't want to write off any games, but we're finishing off against opposition that we'll be facing in the championship and that's where we'll be hoping to get everyone back and ready and have our full team out."

Though, no matter how this weekend, or the league campaign in general, goes, having their inspirational captain back is in itself for a Wee County outfit who seem on the up.