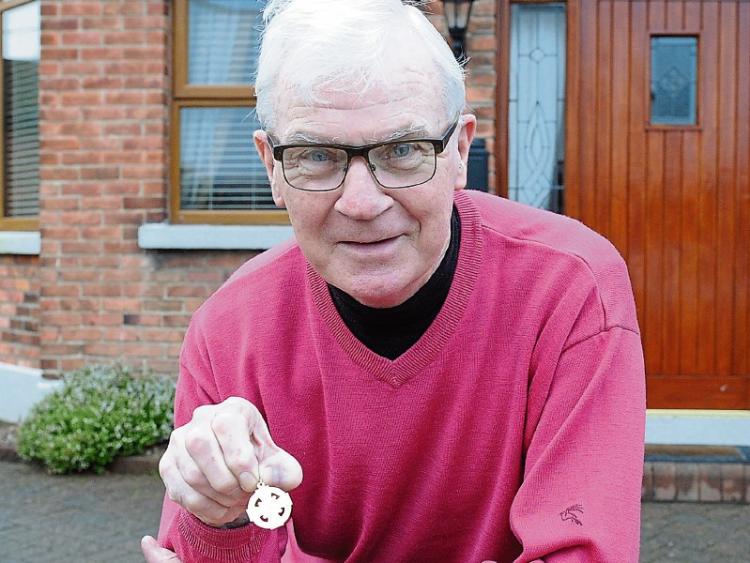 If waiting is a sign of patience, Leslie Toal must be one of the most patient men in the county.

Forty-years since helping the Louth hurlers to the All-Ireland Junior title, the Clan na Gael clubman has finally received his winners' medal.

The team were originally presented with their medals two-years ago at a function at the Carrickdale Hotel, however, a mix-up meant Toal failed to get the opportunity to attend and receive his Celtic Cross.

But, having met the GAA's Director General Páraic Duffy at the Clans' centenary celebrations last year, and explained the situation, Toal's medal was put high on the Monaghan man's agenda. And, sure enough, Leslie has since received his accolade with the formal presentation to take place in the new year.

Upon receiving the precious cargo, the former dual player admitted to becoming emotional. "At last, 40-years later. It's fantastic, I deserve that," he recalls saying with the medal in hand.

Perhaps the confusion surrounding his failed invitation to the original reception was down to Leslie not playing in the final against Fermanagh - a match which took place in Carrickmacross, Co. Monaghan. Named to play at right-full back, he "got a crack with a hurl" on the knee, a knock which opened a previous wound, thus preventing him from taking to the field. Con McGinley, who only recently retired after 19-years as principal of the Marist College, took his place in the final. However, having played in the semi-final win over Sligo, he was entitled to a medal.

Leslie is now the holder of three All-Ireland medals having also claimed a Junior Hurling Championship medal in 1973, more than a decade after helping the footballers to the equivalent with victory over Yorkshire (1961).