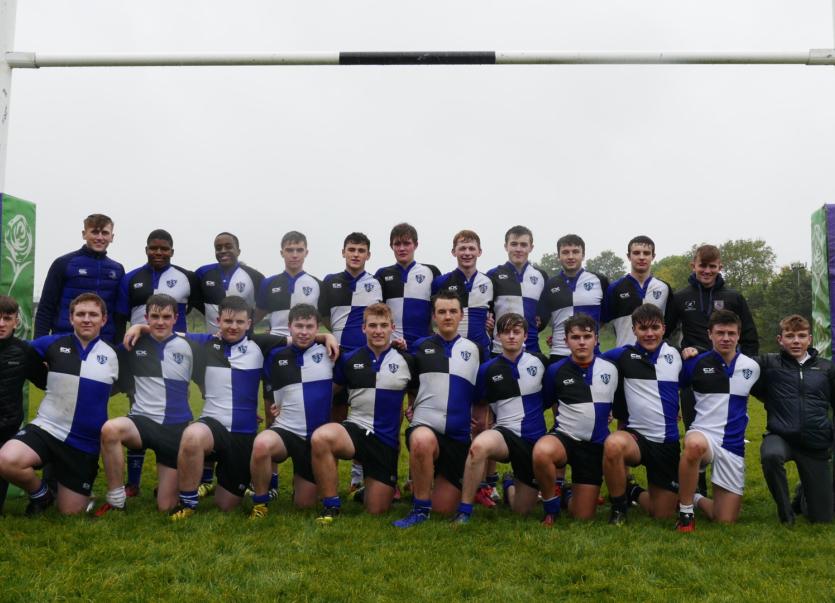 Dundalk Grammar School's rugby season could not get any better as both their junior and senior teams have qualified for the ‘business end’ of the Leinster Schools Cup Competitions.

The junior side remain unbeaten having finished top of their group in the North-East Division (2A) League. In the Duff Cup, they have reached the semi-final stage, recording victories over Ashbourne CS, St. Fintan’s Sutton and Salesian College Celbridge in the quarter-final. As Duff Cup semi-finalists they automatically qualify for the Fr. Godfrey Cup (first round) and will play Mount Temple in Donnybrook in the New Year. This is a road that the current senior team travelled two-years-ago, qualifying for the Fr. Godfrey Cup final and the Leinster Schools Junior Cup.

The senior select have also reached the same stages in their respective Cup Competitions. In the McMullen Cup they defeated Gormanstown College and St. Mary’s Drogheda. And, on Wednesday last at Mill Road, they encountered Ardee CS, a team strongly tipped to win the competition. In a hugely physical encounter, Dundalk Grammar dominated the game and defeated their opponents by 18-5, booking their place in the semi-final and also securing the last qualifying place in the Leinster Schools Vinnie Murray Cup, the first time ever in the school’s history. In the Vinnie Murray (first round) they will play the Catholic University School (CUS) Dublin at Ashbourne RFC in early January.

To have both rugby teams advance to the latter stages in Leinster Schools Competitions is a significant achievement and reflects the commitment of all the players to training and the tremendous work done by Dundalk Grammar Teacher/Coach and Dundalk RFC captain Enda Murphy, as well as all the club mentors in Dundalk, Boyne, Navan and Ardee.