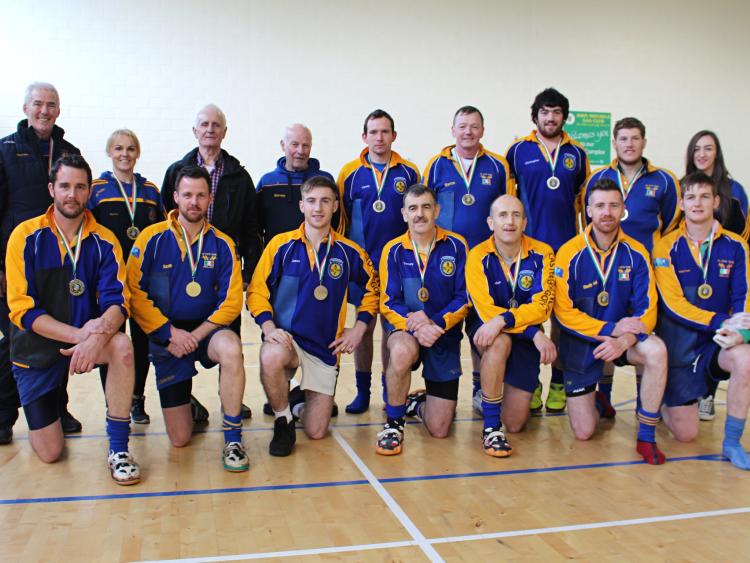 Sunday last saw the St. Pats Indoor Tug-of-War Club head for Tralee, Co. Kerry where they were hosting the third day of the national Indoor TOW Championships. This would be the last day of championships before breaking for Christmas.

The Indoor season was organised with three championships in 2016 and two in January 2017. St. Pats had great results in the two earlier legs taking the titles contested on each occasion, and so expectations were high for them coming into this third championship day and they would be going all out to continue their unbeaten run.

The national 640kg eight-a-side and the 400kg five-a-side were up for contention. First up was the 640kg and here five teams took to the mats for the round-robin league to determine who moved through to the semi-final. St. Pats went through with four straight 2-0 wins. The semi-finals saw St. Pats easily defeat Mountain View B and go through to the final against Mountain View A who had beaten Carndonagh in the other semi-final. The final had St Pats easily pull Mountain View A up and down the mat to take the title.

The second title for contention was the national five-a-side 400kg. Here five teams again took to the mats for the round-robin section. St. Pats fielded two five-a-side teams in this competition and as had happened in the two previous five-a-side championship, the final was an all St. Pats affair, with the A team v the B team. It was a very close contest, but the St. Pats B team won the day with the St. Pats A team taking silver.