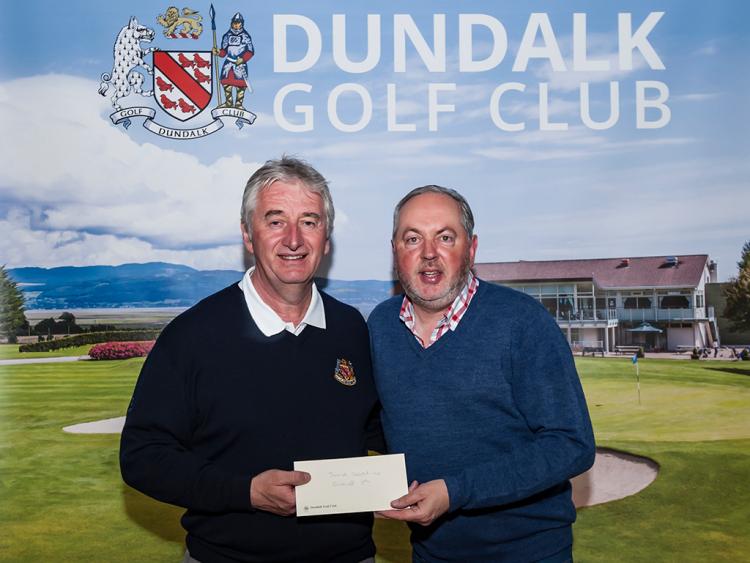 Clem Walshe was the winner of Sunday’s Single Stableford competition when he shot 35pts to pip Club Captain Mickey Coburn by one-point.

The five handicapper opened with two pars for two points each before another par at the third yielded three points while a birdie at the fourth was worth four points and brought him to 11pts. He picked up one more three point par at the seventh on his way to turning for home on 22pts.

Walshe kicked for home in style and over the final five holes he notched up three three point birdies at the 10th, 12th and 14th and a three point par at the 12th. His only blemish was a one point bogey at the par three 13th.

That left him on 35pts, a total nobody else managed to match with Coburn (8) taking second on countback from Michael McDermott (17) after shooting 22pts over his final nine holes.

McDermott took the Category 3 prize with Jim Dwyer (9) and Derek Teather (13) winning the other categories.
Caolan Rafferty returned the Best Gross of the day with a two under par 30pts for the 14 holes.

The timesheet for the Scotch Mixed Foursomes event on December 17, which has a shotgun start, has opened and is available on the BRS System.