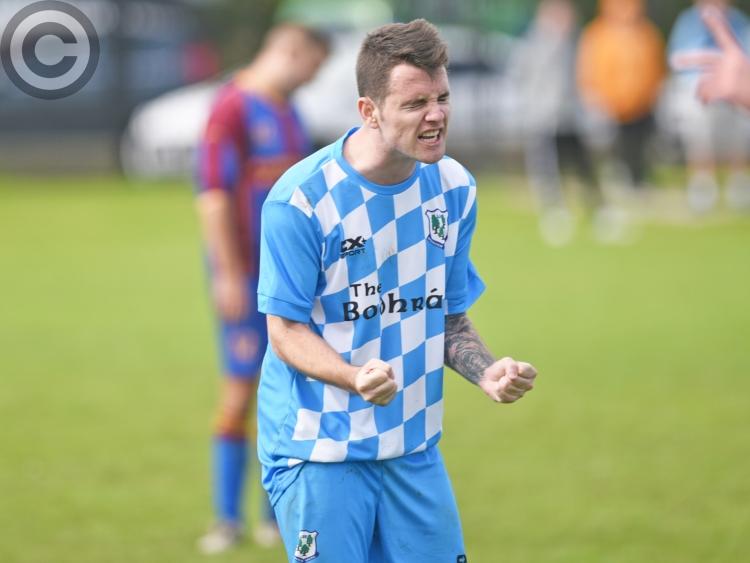 Conor Macken scored a brace, including a late winner, as Woodview Celtic kept themselves in touch with the top three in Division Two courtesy of Sunday's 2-1 win over Bailieboro Celtic.

The player/manager's first came at the end of a first-half which looked certain to peter to a goalless conclusion. After a visiting defender hesitated, Macken nipped in to dispossess on the edge of the area and slot to the corner of the net.

However, a defensive mistake of their own saw Woodview pegged back midway through the second-half.

But the Sky Blues rolled their sleeves up in a bid to get a winning goal and they duly got it through Macken's second of the meeting. Substitute Deane Browne put in a precision cross from the left for the midfielder to control and fire home with just five-minutes remaining.

Victory for Woodview sets up next week's Dundalk derby encounter with Redeemer beautifully.