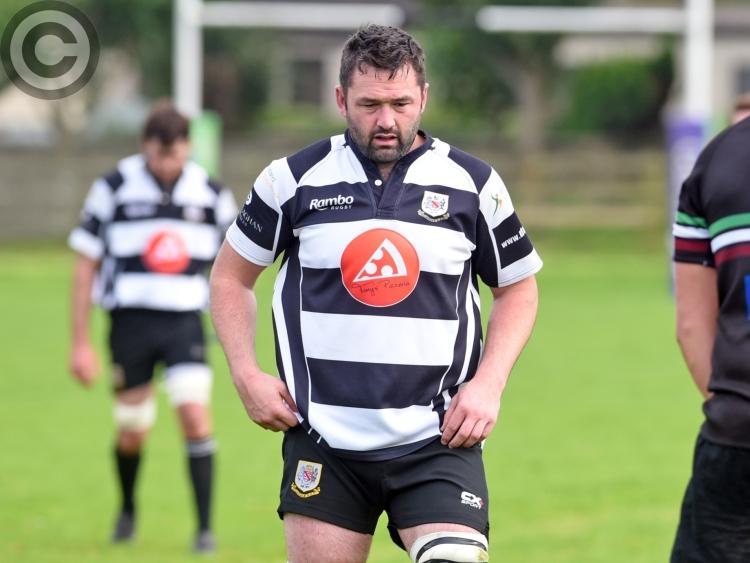 The Mill Road men dropped to third in the league table courtesy of their third home loss in five matches. But, considering Enniscorthy had kept three of their opponents scoreless since Dundalk defeated them at Ross Road in September, and of how dominant the Wexford men were in their 13-10 victory, Murphy draws some positives, despite the over-riding feeling being disappointment.

“At times, you just need to take the positives out of games," Murphy told The Dundalk Democrat.

"They’re a good side, they’re a very good side and I know we clipped them down in Enniscorthy when they had a few boys playing hurling, but we knew what to expect from them up here.

“I think they had the ball for probably 60, it probably felt like 70-minutes anyway, and I thought our defence did well to concede only 13, but we’re still disgusted with the loss.

“We did get the ball at times, but we just weren’t able to keep it. We either scored a great try or we just lost it. The buzzword now in rugby is ‘transition’ from defence to attack and that’s something we’re going to have to work on over the next two nights, Tuesday and Thursday, and move onto De La Salle and try to round off this block of games with a win.”

Dundalk’s management were particularly unhappy with match referee and his continual penalisation of their attempts to turnover possession. And Murphy admits that some of the decisions that went against his side were questionable.

“They probably were dicey,” he said of the referee’s decision-making.

“They were dicey for a lot of people, but, if you were to look at it, once the referee lifts his hand, that’s it. You just have to walk away and take whatever he says and try to move on, whether you understand it or not,” Murphy said.