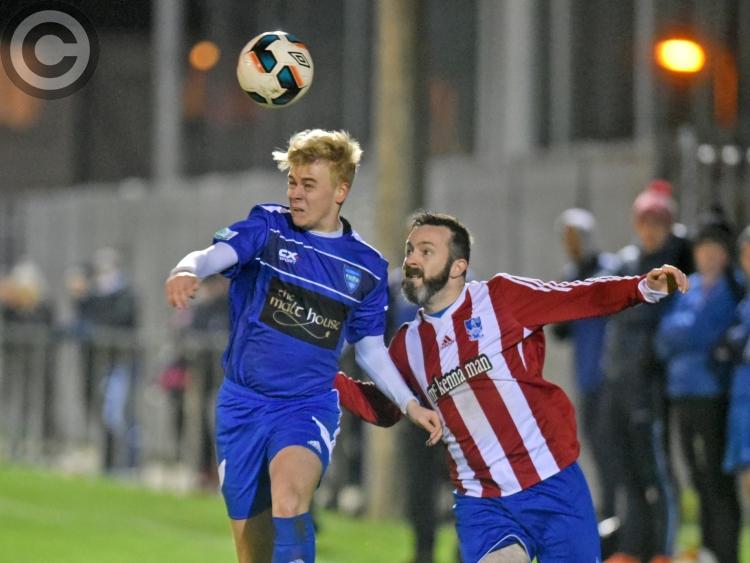 Bay FC fought back from two-goals behind to complete a league double over Glenmuir and condemn Wayne Conroy to defeat in his first game in charge of the Hoey's Lane side.

Having scored twice in the opening quarter, the Blues looked certain to pick up only their second win of the season. However, a rally coming into half-time saw Damien Bellew's side half the deficit before turning the match around in the second-half with substitute Quadri Oluwu hitting the winner in the closing minutes.

John Byrne put Glenmuir ahead inside 10-minutes when converting Brendan Sheils' cross before centre-back Óisín Murray headed past Kevin Mullen to extend the advantage. At which point, the hosts looked in total control.

This was Bay's first match in a month and their start illustrated this rustiness, but, as they settled into the match, they began to dictate some more of the play despite Glenmuir having further chances to register on the scoreboard, and those misses were to prove crucial as Johnny Winters pulled a goal back before the break.

Marcel Ekwueme levelled the tie shortly after half-time, handing Bay the initiative. Oluwu - following his introduction - and Ryan Dillon had opportunities as the visitors built-up some pressure. Pressure which eventually told in the final minute as Oluwu broke clear, rounded David McKenny and finished to the net; handing Bay the three-points.