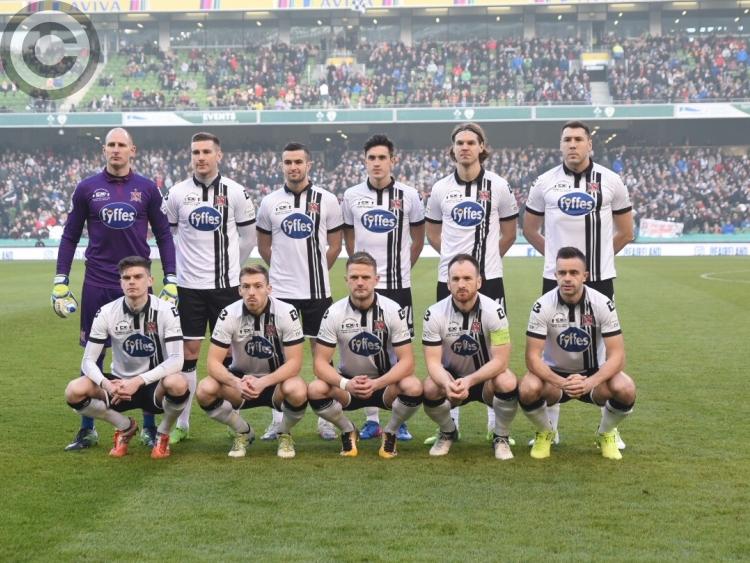 Football can be so, so cruel at times. Dundalk deserved to win this FAI Cup final, of that there can be no doubt.

They lost on penalty-kicks. Michael Duffy being the only player of the nine spot-kicks taken to miss as City completed the first double of the club's history. Gary Rogers - the game's standout player - was left lifeless on the deck of the Aviva Stadium as Kieran Sadlier stroked away the Cup-winning penalty.

For the third year in a row, the match had gone to extra-time having finished scoreless. On his final appearance for the club, Niclas Vemmelund scored the goal which looked for all intents and purposes to have secured the FAI Cup for Dundalk when heading Duffy's free-kick past Mark McNulty in the first-half of extra-time.

But fate turned away from Dundalk as substitute Achille Campion capitalised on poor defending to level with nine extra-time minutes to play.

It forced penalties, a shootout where The Rebels ultimtaely prevailed with Karl Sheppard, Greg Bolger, Conor McCormack, Steven Beattie and Kieran Sadlier all finding the net.

David McMillan, Stephen O'Donnell and Robbie Benson had ensured The Lilywhites remained on par until Duffy's effort was stopped by McNulty's dive to the right, leaving the door open for City, a door they rushed through.

For the second year in a row, it's final heartbreak for Dundalk.