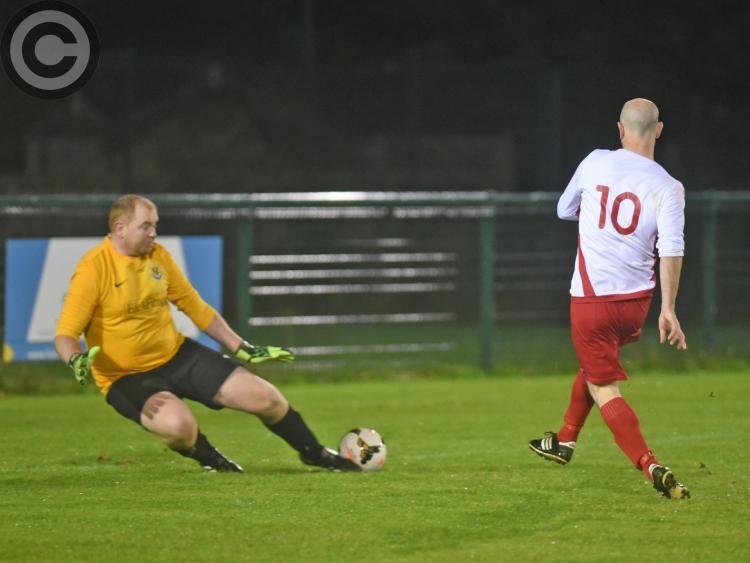 Derek Delany and David Ward hit two goals apiece as Rock Celtic got back to winning ways with ease at home to Square United on Friday night.

After a slow start to the game, Paudie Gollogley's hosts began to take control, though it was 10 minutes before half-time when they finally made their superiority count.

Delany had missed three headed chances beforehand, however, he was on hand to provide an assist of sorts for his strike partner, Ward, when his strong shot was parried into the scorer's path, he dispatched to put Rock a goal in front at the break.

Ward repaid the favour after half-time when his shot was palmed back to Delany who made no mistake in firing home.

Rock extended their lead to three subsequently when substitute Des McKeown burst through, latching onto Aidan Curtin's pass, to shoot. His effort was well-saved, but he collected the rebound and played across to Delany who had the easy task of tapping home.

And the rout was completed when neat play down the left between Odhran Duffy and Curtin saw the latter play it to Ward, who turned and fired to the net from 10-yards.