Uncle Tom's, Rejects and Avenue claim spoils in Division One 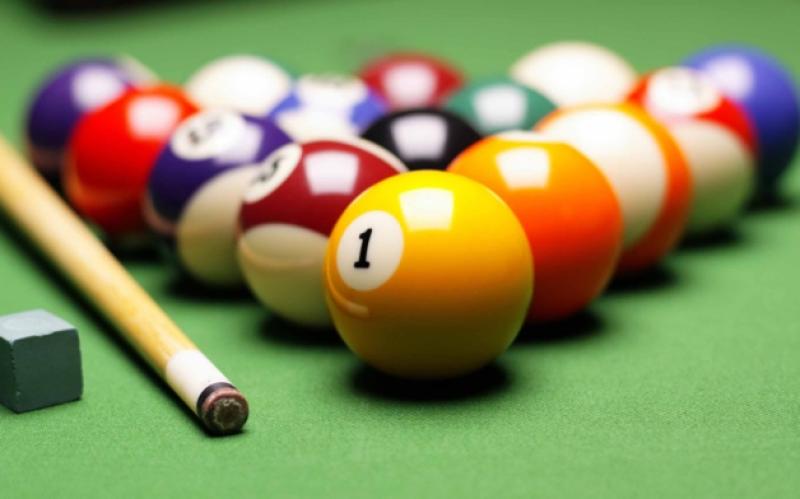 The action continued this week in the Tuborg sponsored Pool League and in Division One, league leaders Commercial Classico’s entertained Uncle Tom’s Cream. The home team won the opening match 2-0 when Dominic O’Connor had two excellent finishes to beat David Quinn and the scores were level when Des Reenan beat Michael Ralph 2-0.

The third match featured the Classico’s captain Marty Ferrigan and Fearghal Cotter who was making his first start of the season. Fearghal had two superb clearances to win the match 2-0, to put Uncle Tom’s 2-1 ahead. Seán McGorian got his first league win of the season when he beat Aaron Callan 2-0 and this put the visitors 3-1 ahead. Justin McArdle recovered from losing the opening frame to beat Kieran Grimes 2-1 to gain a bonus point for the Classico’s and this left the final score 3-2 in favour of Uncle Tom’s.

Also in the top flight, Commercial Classico’s travelled to play Castle Bar Rejects and it was the home team that started best when Julio Cesar got his first league win of the season when he beat Maddy Hoey 2-0. Stephen McBride beat Bryan Crowe 2-1 to level the match and the visitors went in front when Paul Ruane beat Paul Byrne 2-0. The home team won both the last two matches 2-0 with wins for David McQuillan and Shane Dillon and this completed a 3-2 victory for the Rejects.

Avenue Rovers hosted Blue Anchor and the home team quickly raced into a 3-0 lead with wins for Wayne Rogers, Alan Thompson and Pat Brady. The visitors got on the score sheet when Paddy Tavey beat John Dugdale 2-0 only for Keith Norris to beat Barry Keane 2-0 in the final match to leave the final score 4-1 in favour of Rovers.

In Division 2A, it was the clash of two old Windmill teams, with Rosewood Windmill at home against Avenue Warriors. The visitors were team with the bragging rights as they stormed into a 3-0 lead with wins for Dealgan Lavery, Colin Gray and Anthony Donegan. The home team gained a bonus point when they won the last two matches with victories for Eamonn Boyle and Tony Bellew to leave the final score 3-2 in favour of the Warriors.

Cluskey’s entertained Mrs Soraghan’s Boys and it was the visitors that started best when Paul Murnaghan beat the Cluskey’s captain Seamus Conroy 2-0. The scores were soon level when the unbeaten Cathal McKenna beat Rory Campbell 2-1 only for Barry Soraghan to put the visitors back in front when he beat James King 2-0. Alan Meegan levelled the scores again when he beat Dessie Soraghan 2-0 to send the match to a decider. In the decider James Mulholland recover from losing the opening frame to beat Jason McArdle 2-1 to complete a 3-2 victory for Mrs Soraghan’s Boys.

In Division 2B, league leaders Harry’s Heroes had a comfortable 5-0 win against Sean’s Tavern. The winners for Harry’s were Michael McAlister, Michael Fee, Tommy O’Hare, Don O’Brien and Martin Hayes. After five rounds of fixtures Harry’s have opened up a five point lead at the top of the table.

Boylesports entertained Bennett’s and the visitors were impressive as the raced into a 3-0 lead with wins for Ryan Sherry, Alan Gartlan and Owen Myles. The home team gained a bonus point when they won the last two matches with wins for Thomas Mulvey and Shane Gorham.

Ferguson’s travelled to play Avenue Avengers and the visitors started best when Ciaran Crawley beat Shane Garvey 2-0. The match was level when Keith Gorham making his first start of the season beat Shane McElroy 2-0 and the visitors went in front again when Tony McGrath beat John Browne 2-1. The fourth match saw the Avengers captain Ciaran McShane play Niall Ferguson and in a tactical match Ciaran recovered form losing the opening frame to beat Niall 2-1 to level the match at 2-2. In the decider Thomas Reenan played David Mulholland and when David won the first frame Fergusons were looking good for the win but Thomas responded to win the next two frames to complete an unlikely 3-2 victory for the Avengers.