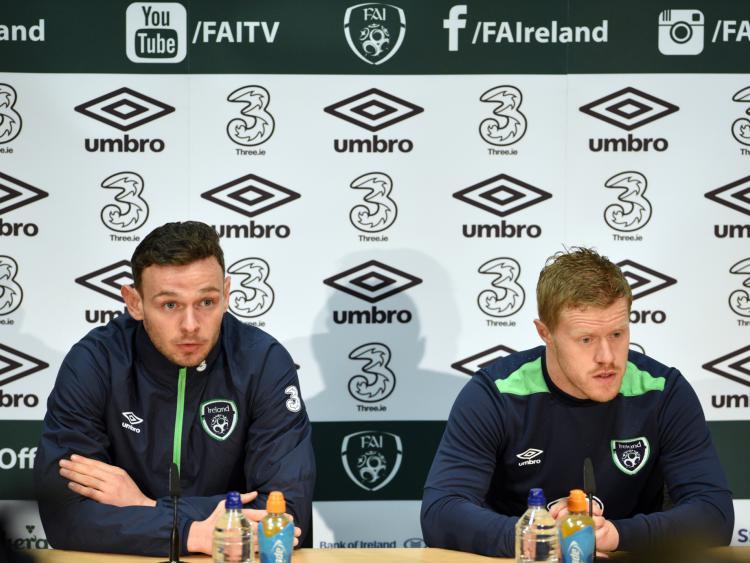 Former Dundalk FC players Andy Boyle, Daryl Horgan and Seán Maguire played alongside each other in the colours of Preston North End tonight.

Alex Neil's men may have lost the match 2-0 to Aston Villa, however, the occasion belonged to the League of Ireland in a way considering four of its recent prodigies played some part in the match.

Boyle was handed his first league start of the campaign at centre-back, with Maguire part of the Preston attack. Kevin O'Connor - formerly of Cork City - appeared as a half-time substitute before Horgan entered the fray for the closing 13 minutes.

The four previously featured together for the Lancashire outfit in the early season defeat to Accrington Stanley in the League Cup.

James Chester and Robert Snodgrass were the Villa goalscorers as North End fell to a third successive league defeat, bringing their winless run to five matches.

In all, there were eight Irish men on show with Conor Hourihane, Scott Hogan and Glenn Whelan opposing Boyle, Horgan, Maguire, O'Connor and Alan Browne.