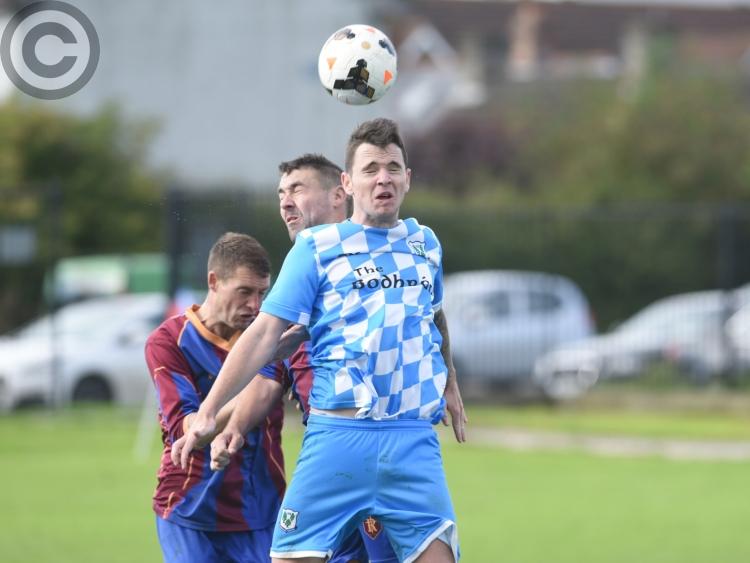 Woodview were dumped out of the Tully Cup at the first hurdle on Sunday afternoon as then went down 5-2 to division three side Donacarney Celtic.

Owing to bad weather, the view hadn't had a match in a number of weeks and this lack of match sharpness seemed to take its toll on them early on and they surprisingly went into the break 1-0 down.

Straight after the restart things were to improve though as player/manager Conor Macken converted from the spot to level things up at one-apiece.

Unfortunately for the Skyblues though, a tie game was short lived as straight from tip-off a Donacarney attack resulted in defender Dean Hoey diverting the ball into his own net.

From here on in Donacarney began to dictate the play and despite a shocking tackle on Jason Myles resulting in a red card for them, they ran out 5-2 winners in the end.

After the disappointed of an early Cup exit, Woodview will be looking to concentrate on greener pastures in Division Two where they are well and truly in the promotion hunt with 12 points from five games.