Blues beaten at the death by Rathnew 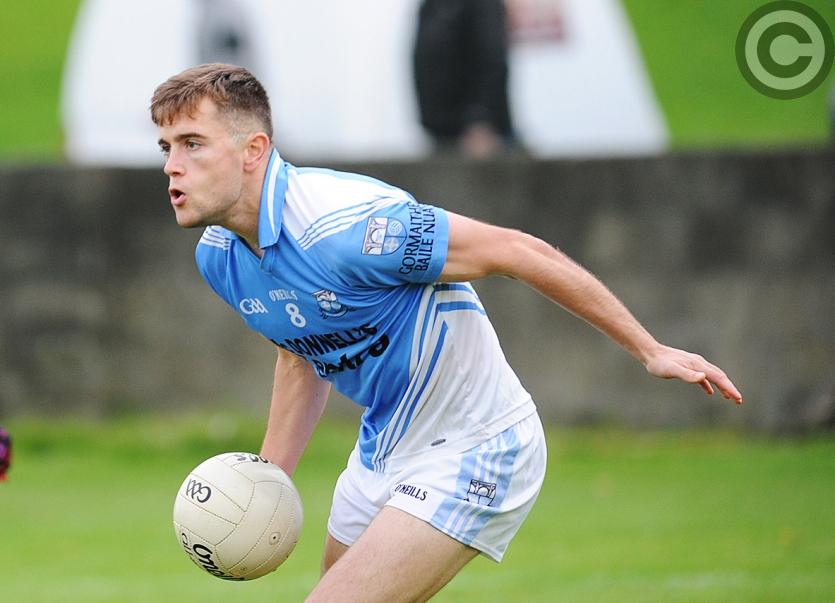 The former Wicklow stalwart was the best player on the pitch. With sheer presence alone, he dominated the airways and his magnificent fielding gave the Wicklow champions the platform for success.

Representing your club on the provincial stage heightens your parish pride. With this in mind, the pumped up players, substitutes and supporters let their emotions get the better of their discipline right before the game even began. One incident under the stand was particularly nasty and it set the tone for affairs when the match eventually threw-in. Mini fracas continually broke out all over the field  as the opening-half was awash with paranoia as players looked over their shoulders. Newtown Blues more so than Rathnew.

It is worth noting how young this Blues side are and when it came to intimidation, they were more keen to play football with little protection from the officials, who seemed reluctant to produce cards compared to the Castlebellingham debacle a week previous.

Their lack of interest in football hampered Rathnew as they trailed by three-points at the break; four-points to one. Such was the tetchiness of the match, it took 32 minutes for a point to come from play.

Ross Nally was outstanding for the Newfoundwell men. The Blues just couldn’t get their offence going, but Nally stood up well beyond his years and shouldered the scoring responsibility single-handedly. He scored all four of their first-half points.

But once Rathnew refocused, they played the better football. Leighton Glynn and Stafford took control and they got the perfect start to the second-half with an early Mark Doyle goal. Rob Carr and Kermode responded with points, however, Ronan Phillips will rue the dead leg Andy McDonnell suffered midway through the first-half. He played on, but he wasn’t able to give the usual optimum and when he eventually departed, his absence was evident as the visitors launched a scoring burst.

They rattled off four-points in a row to take the lead. Nally, however, would not relent. He fired off three in a row before Stafford's heroics at the death. The result signals disappointment for the Blues in Leinster yet again.