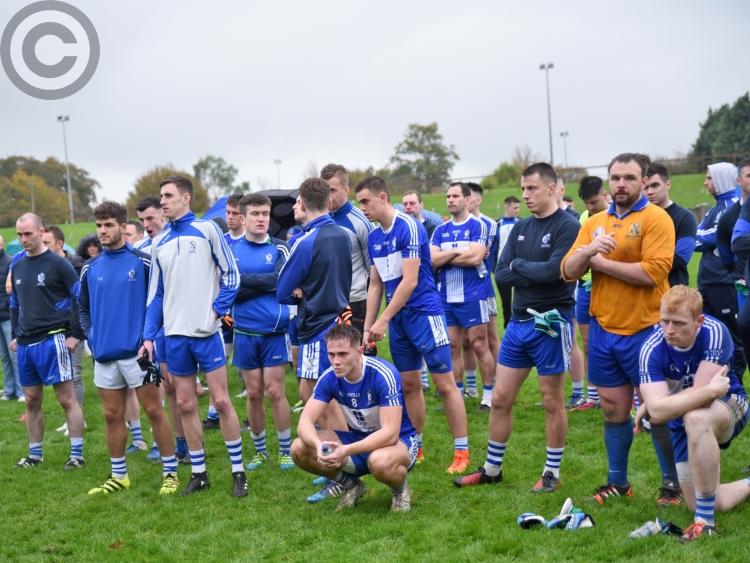 We're still licking our wounds down on The Ramparts, and as we ponder on what was a most unhappy day out on a pitch surrounded by grassy banks near the Boyne last Sunday week, it's no consolation to know that our meagre five-point tally wasn't the lowest ever for a losing senior county finalist.

Indeed, away back when teams - some of them with seventeen players and before that 21 - must have gone to war not only with blankets but also quilts and eiderdowns, all of them more than likely manufactured in Donegal, there were winning tallies of less than five points.

The first ever final, in 1887, ended with Young Irelands beating Dowdallshill by three points to 2, and in 1917 Drogheda Stars got the only three points of the game in their defeat of Cooley Kickhams. Clan na Gael came up with the same score in their 1923 one-point win over Boyne Rangers, and in the final of four years later, Wolfe Tones beat another Drogheda team, Larks, 1-2 to 1-0.

Newtown Blues racked up some big scores on their way to winning 21 titles, but there were other finals when the sky-blue forward line wasn't so prolific. The winning team of 1988 had enough in seven points, but by accounting for three fewer than that the following year, Blues had never much chance of scoring successive wins over Clan na Gael.

That wasn't the only occasion on which Clans confined the opposition to just four points. They did it in 1985, against Roche, and again in '98 (Lannleire). Against that, when the Castletown boys went down in a 1964 replay with Blues, they hadn't the men on the scoreboard working overtime, managing just four points themselves. Kilkerley Emmets also finished on the same score in their 1999 meeting with Stabannon Parnells.

Contrary to what I put out on Colm Corrigan's show, last Sunday week's final was Gaels' seventh, and also our fourth defeat, Young Irelands winning the unmentioned 1940 meeting when there were Regan brothers in opposition. That puts us joint-sixth in the list of losing finalists.

Topping it, on 18, are Ardee's representatives, St Mary's (15), Volunteers, St Mochta's and Eamonn Ceannts (one each). Next come Cooley Kickhams, on 16, and after that, Newtown Blues (7), Clan na Gael (6), Mattock Rangers and Young Irelands (5 each) and then us and Stabannon Parnells.