Inside Track with Joe Carroll 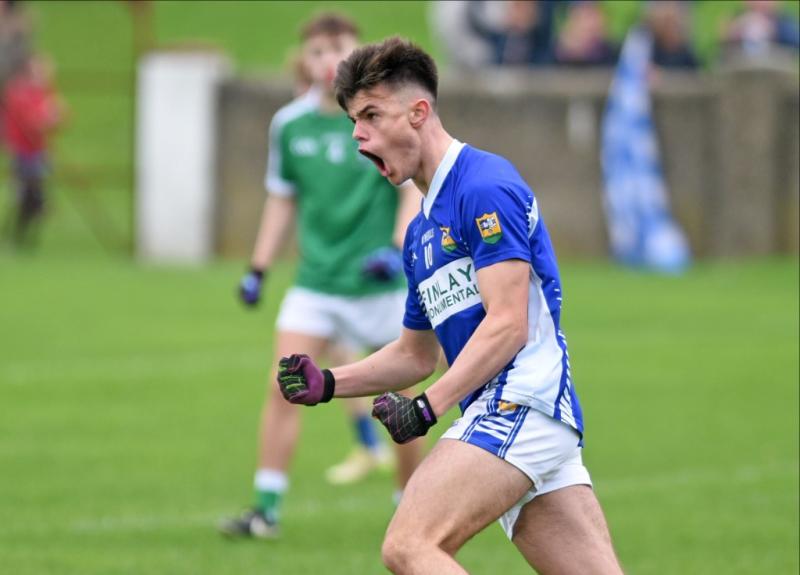 The 'cream of the county' could be about to rise to the top again. If it does, history suggests Louth's stock could also be on the way up.

St Mary's win in the county minor championship less than a fortnight ago was the first to go Ardee way in 30 years. That's a long time for a club that once was the dominant force in underage football, winning this title eleven times before making it the dandy dozen against Geraldines. Four of those titles came in succession during the 1960s when Nicky Roe was issuing the young bloods with their instructions.

Move up to senior and you find it's only slightly better, 22 years having elapsed since the Joe Ward Cup was on Deeside. It's not that there haven't been many chances to add to a tally which currently stands at eleven. Since the 1995 defeat of St Patrick's, the wearers of the all-blue jersey had to stand around three times while the opposing captains were presented with the local game's most prestigious trophy.

I was getting a lift over the stile at the Athletic Grounds when I heard an Ardee old-stager shouting, “Come on the cream of the county” as St Mary's battled their way to another victory. I don't know if this catchcry was widely heard at the time, but it stuck with me, and I often think about it whenever the chat is about the great rivalries and players of the past.

This was the 1950s when Mary's won the senior championship three times having taken it twice in the latter part of the previous decade. And while doing the business for their club, many of the Ardee players were also starring in the red jersey, providing the backbone for some of the county's best-ever teams.

Four of them, including the entire half-back line of Sean Boyle, Paddy Markey and Paddy McArdle, played in the 1950 All-Ireland final, and when Louth won the title seven years later, there were another four on the panel along with Kevin Beahan, who, while he was playing with Dublin team, Sean McDermott's, at the time, meant more to Ardee than the Turfman Dermot O'Brien used sing about.

But even before either of the two All-Ireland finals, Mary's had made a massive imprint on the inter-county scene. The 1949 National League semi-final brought Louth and Cavan together, and at the back for the Reds were the above-mentioned half-back trio, fronting a full-back line that included Jack Bell and Johnny Malone, two other St Mary's players.

It didn't end at that. On the Cavan team was another Mary's defender, Paddy Smith, who, when he played against Louth in the previous year's All-Ireland semi-final, had yet another club colleague in opposition, Ray Mooney.

There are many who nowadays make Pairc Mhuire a regular port of call who are getting giddy with excitement. They can't wait for the club's youngsters to graduate; and if Jonathon Commins is the main focus of attention it's easy to understand why.

This young man was on the left wing against Geraldines in the minor final and though scores came easy to his side, especially in the second half, his own tally of 2-13 was mightily impressive, quite possibly the biggest ever recorded by an individual in a county final of any grade. He's just 16, leaving him eligible for next year's new under-17 grade.

Let's hope Jonathon doesn't come under the same scrutiny as this year's star of the under-18 inter-county competition, Kerry's David Clifford. The county has already lost one valuable asset to Aussie Rules, the hugely talented Ciaran Byrne. As he plots for his first campaign in charge, new county team boss, Pete McGrath, knows better than most how important it is to have a constant feed from the underage ranks.

'Bred for the game' is an expression Master Commins' paternal grandfather, Kevin, has often used. But he'd be talking about greyhounds, stayers being his long-established Ardee kennel's main provider of winners over the years.

However, before turning his attention to the longtails, Kevin was no mean half-back, wearing the Sean McDermott's jersey. His son, Martin, Jonathon's father, was also a Cookstown regular, so it's no accident that there's footballer, and a good one at that, in the latest litter, as Kevin might put it.

There are others on the St Mary's team who look capable of making the grade, but the message from here is, as always, give them time.