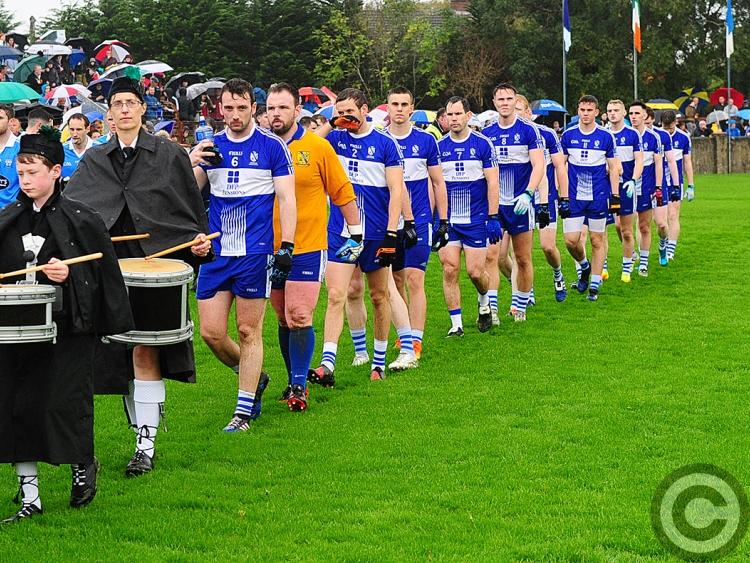 Former Louth manager Paddy Clarke felt the Gaels lost Sunday’s Senior Championship final due to their inability to change their defensive structures after falling behind.

“For the Gaels to win, they needed a lead and to then frustrate the opposition and protect that lead. It didn’t happen, they shot a few poor wides and they had no support for Gerard McSorley up front who was ploughing a lone furrow,” Clarke told the Dundalk Democrat.

“Behind the Blues is a great network of former players who are there for advice and to slip in words and you knew straight away they knew how to take on the defensive system. They tried first to go around it, then over it and then finally they took them out and with 10 minutes to go in the first-half, the Gaels had lost it.

“It was one-on-one all over the field and standing on the 50-yard line was Éanna McArdle and the Blues went past him so the Blues had actually more men ahead of the ball than the Gaels had who are renowned for having three or four players extra in defence.

“For the first goal, there were more defenders involved in the goal than attackers for the Blues.

“Conor Branigan got on the ball an awful lot for the Blues and I thought he helped swing the tide in their favour in the first-half, but I thought Conor Moore was absolutely incredible with his work rate and the space he opened up; he was in the left-corner, the right-corner, he was out on the left-wing, he was absolutely brilliant, unselfish and you need a fella to do the donkey work and he took on to do that today,” Clarke added.

Colm Judge performed the sweeping role in front of the Gaels’ full-forward line prior to receiving a black card. And Clarke believes the Dundalk side would have been better served to mark the Blues ace rather than allowing him time to come forward from his defensive position.

“I thought that the Gaels should have marked Colm Judge. That’s the secret. It’s the same as if you have a man sent off and the opposition have an extra man, he was the Blues’ best ball player and was I’ve always done, tactics-wise, it to mark their best man and shuffle around until you get their defender who is most uncomfortable on the ball in possession.

“I remember watching a soccer match between Northern Ireland and England at Windsor Park and Northern Ireland kept forcing England to give the ball to Mark Wright and he kept kicking the ball up the field and giving it away. They thought he was the most uncomfortable on the ball and from that, I devised that tactic that if there is an extra-man there and he’s a top-class player, mark him and keeping marking him until you get their least effective player free.”

With regard to the quality of the football on show, Clarke admits it was a poor senior final, though, he reserved special mention for the performance of match referee, David Fedigan.

“The supporters didn’t mind what conditions or way their team were playing, but for the neutral ‘Joe soap’ the two things you didn’t want to see was a defensive game and slippy, rainy conditions,” the ex-Dreadnots manager added.

“David Fedigan refereed with a lot of common sense and he surprised me because he normally loves the whistle and also because it was his first senior final. I thought he would have blown a lot to stop the game getting out of hand.

“But you have to commend him. I’m probably the greatest critic of referees, I’ve had my fair share of run ins with them, but I’ve never been slow to complement a referee when I feel he’s done a good job and I thought today he did a good job,” said Clarke.