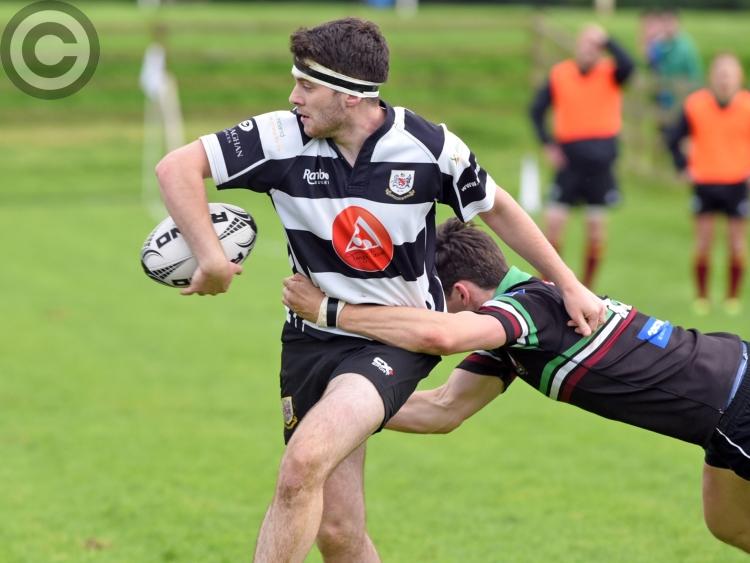 Dundalk RFC scored three tries in the closing quarter to secure a memorable comeback victory in their north-east derby with Boyne on Saturday afternoon.

Trailing 20-7, Dundalk were handed a lifeline when the home side were reduced to 14 players and Mike Walls’ men capitalised, scoring three tries in the closing twenty-minutes to claim their second away win of the campaign.

Boyne hit the front almost straight from the kick-off when full-back Eoghan Duffy crossed. The conversion was missed, however, within ten-minutes, the hosts had registered another try and when they added the extras, Dundalk trailed 12-0.

The Mill Road men hit back with a try of their own when out-half Gearóid McDonald touched down in the corner before the same player converted to close the gap to five-points.

Though, a Boyne penalty extended the gap back out to eight-points at the interval.

And the Drogheda outfit went further ahead early in the second-half when scoring their third try. However, crucially, the conversion was missed.

After the sending off, Dundalk took control. Having been awarded a succession of penalties, McDonald gave the visitors a platform by kicking to touch, from which Jonathan Gray touched down following a maul drive.

McDonald converted before he completed the turnaround to put Dundalk one-point in front after Daragh Conroy crossed for a try having picked off the base of the ruck.

Boyne were out on their feet by this point and Dundalk drove home their dominance with the final play – to secure the bonus point victory – as Tiernan Gonnelly went over. McDonald missed the ‘extras’ attempt from tight on the touchline.

However, victory stands them in good stead ahead of next weekend’s visit of Wicklow.